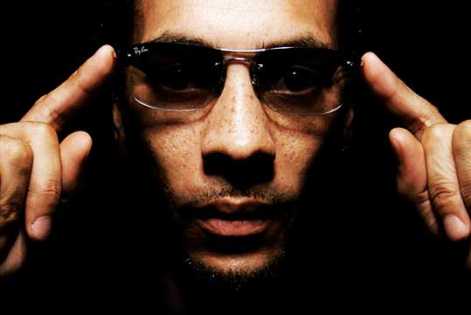 Since unveiling the first acts earlier this year, Relentless Energy Drink NASS are pleased to announce their final line up of acts that will be joining them this 2012.

SUM41
Rock band Sum 41’s career has been filled with highlights that extend well beyond the traditional ‘punk‘ band. Not to mention, they’ve sold over 12 million albums and toured the globe countless times.
Since their inception in 1996, Sum 41 has been relentless, unapologetic, and unconcerned with musical boundaries.  In the past, their music style has been described as an “eclectic meld of raucous punk-rock, thunderous heavy metal and straightforward rock.”   Sum 41’s new album, Screaming Bloody Murder, feeds off this past and expands on it. With tracks including 'Blood in My Eyes', 'Jessica Kill', 'Holy Image of Lies' and 'Happiness Machines', Screaming Bloody Murder is an evolution if the brand's metal and punk-rock influence, but continues to blend musical styles as they have done in the past.
Andy C
Andy C is undisputedly the biggest name in Drum and Bass as well as being a NASS legend. 2012 will see Andy C unveil his groundbreaking new state of the art show, ALIVE. The multi-media audiovisual experience will feature bespoke technology, including new interactive audio and visual elements created especially for ALIVE. The ALIVE concept is about taking DJ shows to a new dimension, capturing the energy of Andy C’s DJ set and translating that to an audio visual experience that fills the room and invites audience interaction. As ever, the heart of the set up, Andy will be using 3 turntables, but with added edge technology to produce a spectacular visual event and software to remix the tracks ‘on the fly’.
DJ Fresh
DJ Fresh set the standard with an incredible set at Relentless Energy Drink NASS 2011 and he saw enough there to convince him to make a return with his new live show for 2012. Dan ‘DJ Fresh’ Stein has taken another step up in his illustrious career by launching his incredible live show. FRESH/LIVE will amplify the experience by incorporating a full live band to perform Fresh’s latest and greatest tracks in authentic fashion.
RoniSize
Bristol native Roni Size is one of the UK jungle scene's most respected name with production credits spanning dozens of labels, projects and releases. Size's influence as a producer, label owner and committed underground magnate figured him as one of the emerging sound's true pioneers. The breakout success of his debut album New Forums finally confirmed his stature and vaulted him to a greater degree of popularity than any other drum'n'base producer.
Datsik
If you don’t know Datsik by now, you best be learning. Datsik has been taking the dubstep scene by storm, blowing up dance floors around the globe with his original style of hip-hop future-tech bangers. In 2009 alone, Datsik had over 7 number one releases on Beatport, and vinyl sales through the roof on many other sites such as Chemical Records, Red-Eye and Juno. Aside from that, he has also done remixes for some of the biggest names in the scene such as the Crystal Method, Freestylers, Bassnectar, Noisia, Diplo, the Wu-tang Clan, and Apex from the critically acclaimed Lifted Music label; not to mention countless collaborations with some of the hottest producers in the scene. With multiple anthems under his belt, countless plays from some of the biggest DJ’s, and an endless perseverance to reach that next step, it is safe to say that Datsik has proven himself to be one of the best dubstep artists around… and he is here to stay.