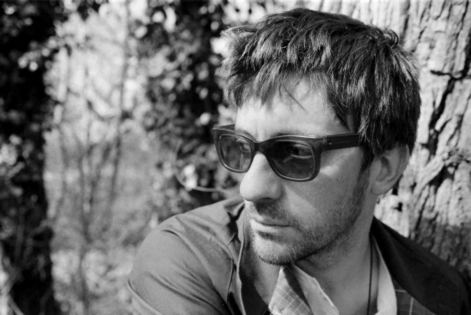 Lounge on the Farm line up additions include Katy B, Graham Coxon, Cornershop, Johnny Flynn, The Joy Formidable and many more.

As previously announced - The Streets, Ellie Goulding and Echo & The Bunnymen are confirmed as main headliners for the July festival.

With the release of Katy B’s debut album on the horizon, her main stage slot at Lounge will be the perfect showcase to hear her future dance floor fillers – having previously, collaborated with Ms Dynamite, Magnetic Man and The Count & Sinden, some very special guests are likely to make an appearance.

Lounge on the Farm are thrilled to announce the addition of Graham Coxon, the acclaimed solo artist and lead guitarist of Blur to their 2011 line up. Expect to hear a wealth of material from his many solo albums when he headlines the Meadows Stage on Saturday.

Toast of the tastemakers, The Joy Formidable who recently released their debut album will be treating the crowds to their energetic live show.

Johnny Flynn, whose second album was released last year to much critical acclaim, has been announced as Saturday’s Farm Folk headliner whilst Cornershop bring their blend of Punjabi folk and ramshackle funk to Kent when they play The Meadows Stage.

The Sheep Dip Stage which will be hosted by Moshi Moshi, Rockfeedback and Chess Club on subsequent nights, has announced a slew of new talent for the festival. Providing punters with the best in cutting-edge music, Slow Club, Egyptian Hip Hop, Pete and the Pirates and Benjamin Francis Leftwich will join Trophy Wife, Fixers, Leah Mason, Still Corners alongside many more.

The festival is also pouring energy into its newest stage addition the Meadows Stage.  Joined by the Furthur team, whose visual stylings are notoriously unique and fresh, this collaboration sees a true union of creative forces and is bound to sum up contemporary Canterbury in a whirlwind of fun and frolics amongst the maize.

One of the most successful Canterbury bands, prog rock legends Caravan have also been confirmed for the festival, with the re-release of the seminal album In the Land of Grey and Pink due this summer, they will play the new Meadows stage.

Having carved itself out a niche as a festival known for its unique location on a real life, working farm (with real animals roaming about), plus a strong focus on delicious food, family friendly atmosphere and reputable line-up, Lounge on the Farm Festival will double its capacity in 2011 to 10,000 people and also cement itself as one of the key boutique UK festivals for the summer.