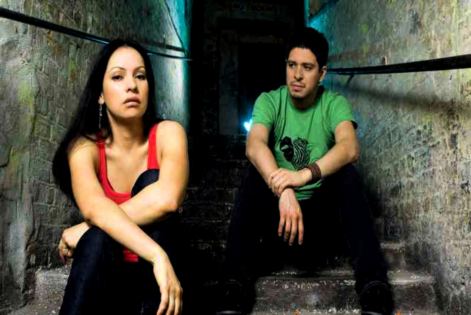 The first artists confirmed to be performing at this summer’s Womad Charlton Park festival can now be unveiled.

The first artists confirmed to be performing at this summer’s WOMAD Charlton Park festival can now be unveiled. And as you’d expect from the festival that goes the furthest in discovering untapped musical gems, once more the dots have been joined between musical hotspots in all four corners of the globe.


From Mexico via the streets of Dublin (where they once busked, living a hand-to-mouth existence), Rodrigo y Gabriela make their Charlton Park debut come July. This Mexican duo might have what first appears to be a limited arsenal – just two acoustic guitars, no vocals, no effects – but their firepower is astonishing, an extraordinary combination of dexterity and dazzling speed. Being fans of the unexpected, we never like to make predictions, but it’s very safe to say that, even four months before the event, Rod and Gab will be among many people’s highlight of the weekend.

Rod and Gab might be debutantes, but Baaba Maal is no stranger to the WOMAD faithful. Not only is this son of Senegal an eclectic spokesman for the contemporary African condition, he also brilliantly bridges the ancient and modern worlds, his embrace of the latest technology never at odds with his respect for generations-old traditions. And then there’s that voice, a thing of great power, grace and beauty.

Senegal has given us plenty of music over the years, while we’ve heard comparatively little from Honduras. This imbalance gets partially redressed with the arrival of Aurelio & The Garifuna Soul Band. Aurelio Martinez, a troubadour in the Central American garifuna tradition (when he’s not serving as the country’s first black congressman), his new album Laru Beya – for Peter Gabriel’s Real World Records – oozes soul and compassion. It also boasts contributions from Martinez’s great champion, the Senegalese superstar Youssou N’Dour.

While it scours the planet for the finest sounds, WOMAD never ignores what’s on its doorstep, either. So, heading south from their Manchester home, come I Am Kloot. These Mercury Prize nominees are no overnight sensations, taking a full five albums before becoming properly noticed outside their hometown. And with endorsements from Pete Doherty and Elbow’s Guy Garvey, this trio’s beautiful songs speak right from the heart – and depths – of the human condition.

But just as WOMAD opens its arms to established performers, it’s also a gathering that’s equally known for introducing the music that you don’t yet know. This year is no exception. Flying in from South Africa are Nomfusi and the Lucky Charms, a soul-jazz combo fronted by a young female singer – back home known simply as Nomfusi – who’s been singled out as the new Miriam Makeba. Multi-instrumentalist Danyel Waro is the most prominent musical ambassador for the music of the Reunion Islands, the Indian Ocean archipelago whose hypnotic rhythms sound like none other on Earth.

WOMAD has never been about upholding a purist outlook, trapping traditions in amber and suffocating their development. Nidi D’Arac exemplify this as they fuse the ancient sounds of their native southern Italy with contemporary electronica. New Zealand’s Pacific Curls are all about fusion too – this time an amalgam of Pacific rhythms, Maori instrumentation and, unexpectedly, Scottish fiddle. And, proving WOMAD’s breadth, we’re also graced by a visit from Bomba Estéreo, a Colombian collective with a very fine line in hip-hop-laced electronica.

But aside from all the musical treats, there are plenty of other sights, sounds and smells across this lush Wiltshire country park. Many of the weekend’s performers will get the chance to show off their culinary credentials in the ever-popular Taste The World. There’s the tranquillity and luxury of the WOMAD Spa.  There’s the open challenge to festival-goers to design and build four stages over the weekend from reclaimed and recycled materials, overseen by Roots Architecture. There’s the return of the prejudice-busting Human Library. And there are, of course, more kid-friendly activities and workshops than any other festival, the culmination of which is the now-legendary Sunday afternoon parade across the Charlton Park site.