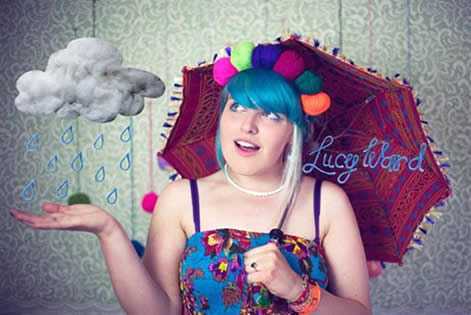 Three of the hottest young acoustic roots acts in England will be heading to Bristol Folk Festival over the early May Bank Holiday (May 5-7)-a guaranteed “rain free” event as it returns to one of the city’s flagship venues, the Colston Hall.

Lucy will head to the festival on Bank Holiday Monday. A double nominee at next month’s BBC Radio 2 Folk Awards (Horizon Award Best Newcomer and Best Traditional Track for her Maids When You’re Young)

At just 21 she is developing into a fine songwriter and has been busy wowing folk club and festivals audiences up and down the country with her pure, captivating voice, unpretentious banter and sparkling stage presence. Her set is an eclectic mix of modern and trad folk interpretations and her own songs and last year her debut album Adelphi Has to Fly drew praise from many corners. Having supported top folk artists from Seth Lakeman to Chris Wood, Phil Beer and The Oysterband. Lucy is now a headline act in her own right.

Ahab have been described as “the most exciting harmony-infused Americana/pop outfit to emerge on the scene since Mumford & Sons”. Since their appearance at Fairport's Cropredy Convention in 2010 with their outstanding songs and girl appeal, ahab have fast become a hot favourite on the festival circuit.
2011 saw them playing at over 20 festivals throughout the UK & Europe, releasing their 2nd EP ‘KMVT’ and supporting the mighty Bellowhead.

The band, who will appear on the opening day of the festival, features Callum Adamson on 12-string guitar and vocals, Luke Price on mandolin and vocals, Dave Burn on guitar and vocals, Steve Llewellyn on bass and vocals, and Grahame Rolfe on percussion.
Nominated for Best Group in the 2012 Spiral Awards and with an album in the pipeline, ahab look set to continue their fast track to the top.

The third “new kid on the block” is Blair Dunlop whose new EP Bags Outside The Door has certainly made an impression. An inventive guitar player, some of the highlights of his performing career include playing Little Willy Wonka in the blockbuster movie of “Charlie and the Chocolate Factory” (Johnny Depp starred as the grown-up version!), touring in a new production of the play “Lark Rise” and appearing at festivals such as Big Session, Towersey and Cropredy.

Nineteen year-old Blair will appear at Bristol on May 5 and is nominated for the BBC Radio 2 Young Folk Award to be announced in Manchester next month.

Ward, Dunlop and ahab join an already vibrant line-up the festival, which returned to the city last year after a 32 year absence. The headliners offer something for everyone – Show of Hands (Saty) Cara Dillon (Sun) and supergroup Afro Celt Sound System on Monday in what is likely to be the band’s only UK summer festival appearance this year.

Published on 25 January 2012 by Wayne Feltham