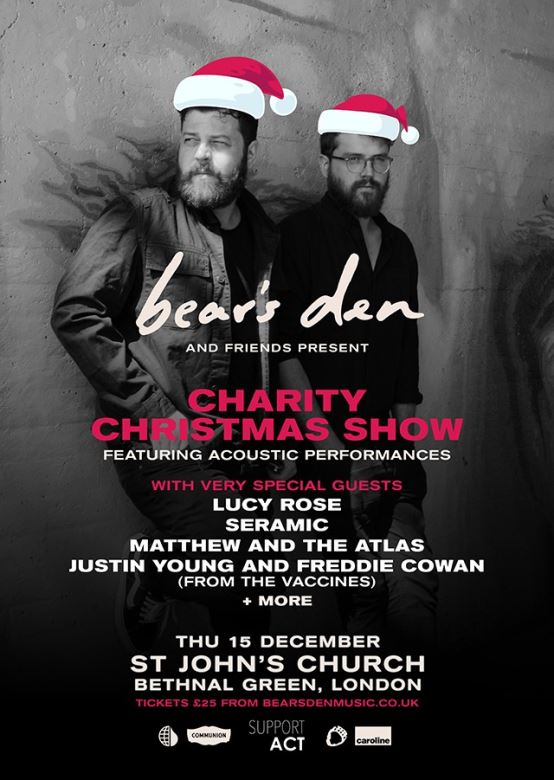 Bear’s Den will cap off 2016 with a very special charity Christmas show next month.

The London group, who scored their first Top 10 album earlier in the year with 'Red Earth & Pouring Rain', will be joined by friends and special guests for the event, at St John Bethnal Green, on Thursday 15th December. All proceeds from the night will go to Support Act, an initiative supporting two refugee charities in the UK, Refugee Action and Road To Freedom.

The show will see Bear’s Den perform a mix of their own songs and specially arranged Christmas songs, joined by a brass section plus other featured performers. Announced special guests so far include: Lucy Rose, Justin Young and Freddie Cowan from The Vaccines, Marcus Foster from Seramic and Matthew & The Atlas, with more to be announced.

The St John’s Bethnal Green show will be Bear’s Den’s 350th show and their last show in a year that has seen the group play sold out headline dates across Europe and the US, including their celebratory turn at London’s Brixton Academy earlier this month. The band will return for a further European headline tour in the spring that will culminate in a show at Hammersmith Eventim Apollo on 5th April.

Published on 24 November 2016 by Ben Robinson