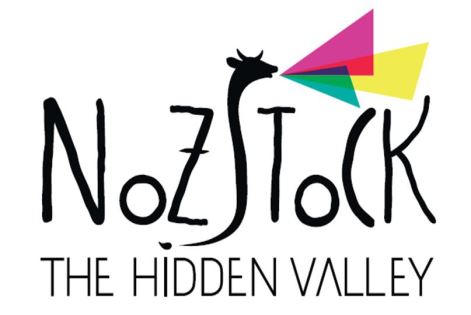 Described by Russell Howard as, “a rural slice of English eccentricity” Nozstock Festival, tucked away deep in the Bromyard valleys of Hereforshire, is an eclectic melting pot of music, theatre, comedy and more.

Phill Jupitus went so far as to crown the event “the best festival of its size in the UK.’ A bold statement, but well founded. Taking place from the 26th – 28th July, Nozstock: The Hidden Valley 2013 boasts acts such as Glastonbury performers; Electric Swing Circus, the sassy six piece electro swing fusion band, as well as The Dub Pistols, known for their genre defying mash-up of hip-hop, techno, punk and ska. Take a trip down to the Orchard, Nozstock’s main stage, to stomp, bop, jive, dive and weave along to these masters of musical mayhem as well as many more colourful characters besides, such as The Strypes, Smerins Anti Social Club and The Correspondents; all of whom promise to entertain and delight with genres ranging from face melting rock licks, to diverse world music and beyond.

As well as an impressive repertoire of dab hand festival performers, Nozstock also offers a range of home grown talent, full of enthusiasm and fighting for their rightful places on the festival circuit. These feisty newcomers can be found strutting their stuff at the Bandstand Stage offering a beautiful assortment of differing musical styles. At this little stage, set on the hilltop of the Dingle, your ears will be graced with orchestral melodies, acoustic crooners, toe tapping folk as well as hip hop and drum’n bass fusion to pick but a few strands from what promises to be a veritable web of sounds.

Anyone who has been lucky enough to attend the festival in past years will know, simply from the mind blowing line up in the Cubicles, the Bullpen and the Coppice, that Mr Nosworthy (founder of the festival) has more than a slight fondness for dance music…particularly drum and bass. Revellers and party goers, strap yourselves in and get ready to be sucked into the ‘cocoon’ of the Bullpen, where dirty baselines and pulsing beats reign supreme. Fresh from Glastonbury Andy C, a Nozstock regular and King of the Cubicles, will once again be featuring in the RAM Records Takeover on Saturday night; a performance not to be missed by the d’n b faithful.  However, if the reverberation of the knee quaking bass becomes a bit much, don’t forget to stumble into the woods, where you’re sure of a big surprise. Framed in UV tribal hangings against a backdrop of relentless psytrance, the Coppice may be found. Set up by Tribe of Frog, this outfit never fails to deliver a psychedelic wonderland of deep baselines and enchantment, so go for a bimble around the woods. Never fear, as Tolkien states ‘not all those who wander are lost’ and guaranteed, any lover of psytrance will feel right at home in this enclosed little dell by the lake.

With such a diverse and varying range of music as well as a plethora of activities and workshops available, you may well feel slightly overwhelmed by the sheer variety of the festival. What better way to tie the whole thing together than with an all encompassing theme? This year Nozstock: The Hidden Valley Festival will transport you back to the Wild West. The up and coming Theatre Company ‘Paper People Theatre’ will be unleashing the new show of Stories of the Wild West, a theme which will run throughout the festival.

Festival goers are encouraged to don their cowboy hats and dust off their spurs in preparation for what promises to be the wildest party in the West (Midlands that is!)