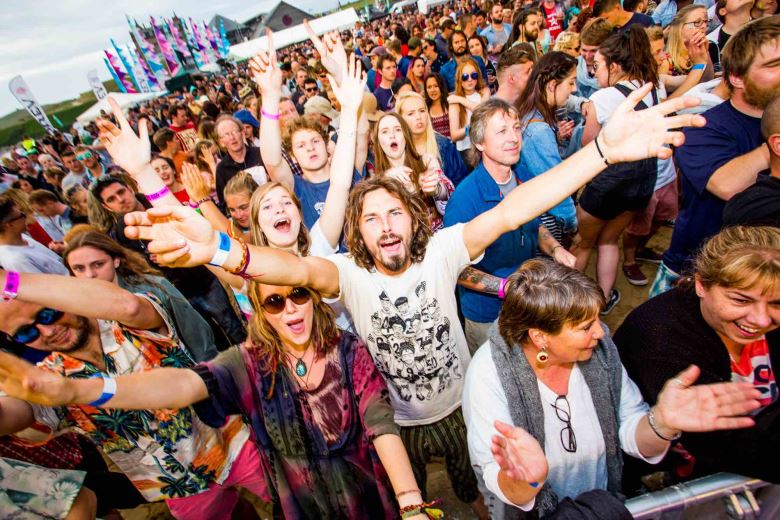 The two-day event combining live music, bellyboard competitions, fire shows, stand up paddle boarding and yoga, is set to be one of the hottest beach parties to hit the Cornish coastline this summer. Thrilled to be welcoming a string of exciting acts to this ever-popular surf town, Electric Beach Festival organisers have announced Badly Drawn Boy and Cuban Brothers as official headliners for 2017.

Packing his trademark bobble hat, singer-songwriter Damon Gough, aka Badly Drawn Boy will be heading south to perform a selection of his favourite tracks on the golden sands of Great Western Beach on Saturday 17th June. Winning the Mercury Prize back in 2000 for his much-loved debut album, The Hour of Bewilderbeast, the Breightmet-born singer is certainly no stranger to the festival circuit.

Having attracted celebrity fans from Richard Branson to Elton John, The Cuban Brothers will join this year’s lineup for an undoubtedly dazzling blend of comedy, breakdancing, singing and high levels of energy. Whipping up a frenzy on Friday 16th June, this unique outfit are guaranteed to make party goers laugh, sing, shake and cry with joy.

With an eclectic program of live music, a refreshing menu of locally produced tipples and the gentle sound of the ocean, Electric Beach Festival is the ultimate seaside celebration. Making the most of the Atlantic’s peeling waves, this year’s event is gearing up for something extra special as Electric Beach Festival welcomes the official Dick Pearce & Friends Bellyboard Bash. Taking place throughout the afternoon on Saturday 17th June, this fun and friendly competition is open to everyone no matter what skill level. From kid’s competitions and an adult open, to a flipper on event for the more experienced watermen, Dick Pearce & Friends will be on hand sharing tips and offering free testing sessions.

Commenting on this year’s event, Festival Director Ian Whittaker states: “We are very excited to be staging this year's festival at the new location, Great Western Beach. We also have new sponsors, a fantastic music lineup and a brand new bellyboard competition which will take place on the Saturday. Dick Pearce & Friends will be kindly hosting the afternoon of fun and giving away heaps of great prizes.”