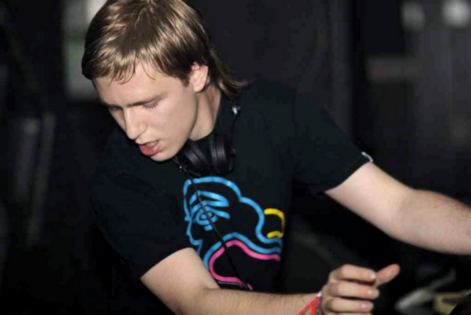 With Chase and Status and The Streets confirmed to headline and artists such as DOOM, Ultramagnetic MC’s, Roots Manuva, Annie Mac and Example in support, We The People presents one of the most daring and electrifying line ups in the UK festival calendar. Anticipation is already high in the South West and further artists are announced bringing even greater depth and diversity to the event.

Drum n’ Bass overlord Sub Focus has been packing dance floors since 2003 and was Pendulum’s warm up DJ on their last tour. The sheer audaciousness of his maximalist approach is guaranteed to stimulate and stun audiences with dance floor destroying tracks and Bristol is ready for some serious drum n’ bass action.

Hamburg DJ Tensnake’s disco and house inspired floor fillers have made him the stand out DJ on the Nu Disco scene. Adored by everyone from lovers of 4/4 floorquakers to the quirkiest exponents of dubstep his set is sure to have those who love to dance heading for the South West.

Breaks legends Krafty Kuts and Featurecast team up for a very special show. Krafty Kuts is widely regarded as one of the world’s best DJ’s, a purveyor of breaks and old-skool hip hop whilst Featurecast has stamped his own twist on the funky breaks scene with magnificent effect. Expect a truly monumental party set when these two hit the decks for this unique performance.

We The People are thrilled to announce a performance from J-Wow. Founding member of Buraka Som Sistema, his fierce and funky, bass infused madness mark him out as a truly innovative DJ and his performance is sure to be one of the defining moments of this inaugural festival.

Pioneer of 2Step and UK Garage, MJ Cole will perform tracks from his new record which is already being supported on radio by Zane Lowe, Annie Mac and Gilles Peterson as well as club classic ‘Sincere’.

We The People festival gathers the most influential and important promoters and artists from around the country for a weekend of musical revelation showcasing the sound of the city in 2011.

More artists and DJ's on the line up so far here.