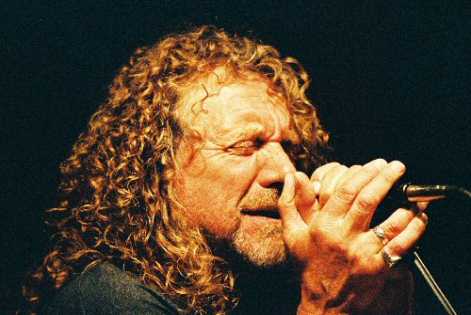 Meanwhile, in a field in deepest Somerset, something else was afoot – the first-ever WOMAD Festival. And, like Madonna, Abba and Michael Jackson, the WOMAD name is somewhat culturally iconic.

1982 marked something of a watershed for music. Madonna released her debut single. Abba released their last. And it was the year that we first heard Michael Jackson’s Thriller, the record that would go on to become the biggest-selling album in history.

Meanwhile, in a field in deepest Somerset, something else was afoot – the first-ever WOMAD Festival. And, like Madonna, Abba and Michael Jackson, the WOMAD name is somewhat culturally iconic. Indeed, 30 years later, the organisation is in the strongest form and rudest health it’s ever known.

Ever since that first gathering in 1982, the spirit of collaboration and cross-pollination has been WOMAD’s fuel. Back then, it was Echo & The Bunnymen sharing the stage with The Drummers Of Burundi. In the three decades since, it’s always been conspicuous and, this year, that spirit takes many forms.

There’s the rather awesome prospect of Robert Plant’s new project, the Sensational Space Shifters – a heady brew of blues, gospel and psychedelia inspired by the roots music of Mississippi, Appalachia, Gambia, Bristol and the foothills of Wolverhampton. Longtime WOMAD face Justin Adams lines up on lead guitar.
Another Adams-associated act, the much-loved French collective Lo’Jo, will also joined the bill this July. As well as blowing out their own 30 candles this year, the collective return to treat all-comers with their hybrid of chanson, folk and Berber stylings.

Such musical impurity has always been welcome at scores of WOMAD events across the word. And there’s more evidence of it heading our way. Dizraeli and the Small Gods promise to be one of the weekend’s surprise discoveries, hitting the bullseye with their highly effective take on folk and hip-hop. The same sources are drawn upon by the USA-meets-Guinea collaboration between Joe Driscoll & Seckou Kouyate, a partnership aiming to reduce the spiritual distance between continents.

It’s always best to approach a WOMAD event by expecting the unexpected, by banishing those preconceptions about how music should sound from a particular corner of the globe. Want Latin funk with a Texan postmark? Then give yourself over to Grupo Fantasma, the ‘funk orchestra’ who’ve often been the support band of choice for Prince. Fancy a singer-songwriter who blends ancient and modern, Indian traditions and Western rock and pop? Then lend your ears to Bangalore’s celebrated Raghu Dixit. And fancy ska from Tokyo City? Look no further than the does-what-it-says-on-the-tin Tokyo Ska Paradise Orchestra…

These Japanese ska fanatics have plenty of miles under their collective belts – as do several other seasoned performers taking to this year’s stage. The Buena Vista Social Club continue to cast sunshine on all those within earshot with their timeless melodies and unbreakable rhythms, while the sinewy blues of Malian songster Boubacar Traore never fail to enthrall and charm.

WOMAD is delighted to be welcoming back those perennial Russian favourites (and former Real World recording artists) Terem Quartet whose balalaikas and accordions take us to St Petersburg and beyond. Further Eastern promise comes from the highly energetic Alaev Family. Although now resident in Israel, they unleash a torrent of Central Asian groove with songs from their native Tajikstan.

And finally, rounding off this opening artist announcement, is Norwegian singer-songwriter Ane Brun, most recently seen lending her striking vocal prowess to Peter Gabriel’s New Blood Orchestra and now stepping into her own limelight.

Published on 24 February 2012 by Ben Robinson