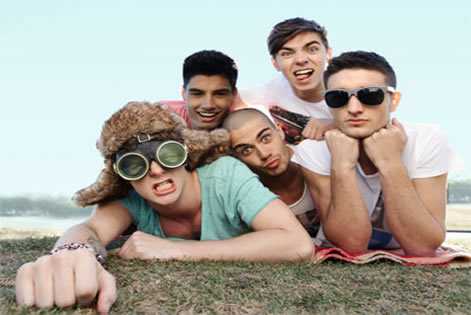 The Wanted were today announced as one of the major acts performing at the Love Luton 2012 Festival on Friday 6 July.

The Brit Award nominated group have had four anthemic top five singles and two number ones to their name. The Wanted have been viewed a staggering 30 million times on YouTube and sold 400,000 copies of their eponymous debut album, which shook pop music to its core upon its release last October.

Only a year on from their huge number one debut single ‘All Time Low’, The Wanted have already become one of Britain’s biggest pop bands.

The Wanted will perform on Friday 6 July at Popes Meadow as part of the spectacular four day festival.

The announcement was made earlier today at a special school assembly at Lea Manor High School in front of students, teachers and local press.

“I was particularly eager to secure their involvement in Luton’s biggest festival and cultural community event because of the level of social awareness and interest in the lives of young people they display through their tireless work in schools.

“My expectation is that ticket sales will be brisk in the coming weeks if their sold out spring tour is anything to go by. We are so excited to be bringing The Wanted to Luton for what will be the most amazing weekend this town has ever seen.”

Over the next few weeks, Luton Borough Council will be announcing more high profile acts confirmed to perform at Popes Meadow as part of the Love Luton 2012 Festival.

The festival will be packed with a huge range of activities including big-name music concerts, a spectacular carnival parade, school games, fireworks displays, Mela activities along with a kaleidoscope of music, comedy and dance leading up to a special Olympic Torch celebration event.

The University of Bedfordshire was announced last week as the first platinum sponsor of the Love Luton 2012 Festival.

Published on 24 January 2012 by Wayne Feltham