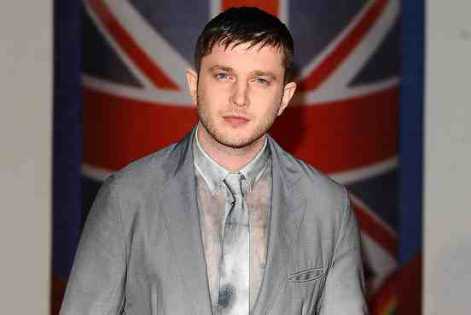 As excitement rapidly builds for the start of Mallorca and Ibiza Rocks 2012, so too does the line-up, with the announcement that Plan B, The Maccabees and Axwell are all on board and bound for the Balearics for unmissable headline ‘Rocks’ shows.

As always, Ibiza Rocks will also present the best DJ’s, including a welcome return from Radio 1 DJ and Bestival head-honcho Rob da Bank who has a long history with ‘Rocks’ having played at the first ever gig at the opening of the Ibiza Rocks Hotel in 2008 and then at the 5th Birthday with The Prodigy. Rob da Bank is back and joins the line up with Ibiza boy Ben Howard (04/07). On top of that there’s the brilliant breaking talent throughout the season and organisers are pleased to announce that Spector, Fenech-Soler, The Milk and Theme Park and are amongst the first set of supreme support bands to be added to summer’s best bill.

Rob da Bank said: ‘I’ve been playing at Ibiza Rocks since it started and injected a much needed different vibe into Ibiza party life. I’ve loved playing many times since and can’t wait to get back to that crazy Ibiza Rocks Hotel and warm it up for the brilliant Ben Howard. Ibiza Rocks bloody well rocks!’

Following a phenomenal headline performance by Plan B at the ‘Rocks’ opening parties last year, organisers are delighted to welcome back the multi award-winning, multi-talented star to the main stage at Mallorca Rocks (03/07) and Ibiza Rocks (25/07).  A truly maverick figure in the world of music, Ben Drew’s diverse creativity is inexhaustible. Awards, accolades, acclaim and multi-platinum album sales are just the tip of his artistic ambitions. Following his quadruple- platinum No.1 second album, The Defamation of Strickland Banks, a BRIT, three Ivor Novello’s and  sold out headline tours, Drew, AKA Plan B, has just completed his self-penned directorial debut film and album, iLL Manors - a stark, often brutal and provocative depiction of Forest Gate, east London, where Drew was born and raised.

Once again, Plan B will wow the crowds with chart-topping favourites form Defamation of Strickland Banks along with the promise of new material including iLL Manors, which will be a must buy, featuring production from Labrinth (Tinie Tempah), Chase & Status (Rihanna) and Al Shux (Jay-Z) - the soundscape is as bold and brilliant as its namesake. Bass-heavy, there’s references to the music Ben is listening to now (Rocks acts Azealia Banks and Maverick Sabre to name two) as well as the dubstep, bass, hip hop and D&B that have shaped him sonically over the years.  In Ibiza, Plan B will be joined by Ibiza Rocks Music Director and the UK’s most influential tastemaker, Zane Lowe – two of music’s biggest champions united on one incredible Balearic bill.

It’s fair to say that The Maccabees got off to a very good start in 2012, with the release of their third studio album Given to the Wild  storming into the Top 5, receiving mass critical acclaim and being hailed by The Sunday Times as ‘One of the albums of 2012.’ As well as a masterpiece of an album, the South London five-piece can boast sold out UK tours including their momentous homecoming show at Brixton Academy (their third headline sold out show at the London venue to date) and they still have their biggest headline gig to come (Alexandra Palace, 08/06). It is with huge excitement that Ibiza Rocks bring The Maccabees to the famous, open-air ‘Rocks’ stage for a truly unmissable gig that’s sure to be one of many crowning moments for the ‘must see’ band this year (20/06).

The Maccabees said: 'This will be our first time at Ibiza Rocks. It's a pleasure to be involved in such a strong line-up of shows this year. Thanks for having us!'

Also freshly announced is Swedish House Mafia’s own Axwell who will headline one of the summer’s hottest gigs, with British electro-poppers Fenech-Soler playing live in support (24/07).  Given that Swedish House Mafia are now a fully bonifide stadium selling act and have just headlined Coachella, this is quite a statement to have one of the main men making their way to Mallorca Rocks for this intimate, electric, outdoor show.

Ibiza Rocks has consistently provided a platform for new and breakthrough talent, offering support slots to those they believe have what it takes to go all the way.  Tinie Tempah, Bombay Bicycle Club and Example are just a few previous support acts who have returned to headline in their own right.  This year will see another brilliant batch of breaking bands start their ‘Rocks’ journey.

BBC’s Sound of 2012 nominees Spector have been impressively labeled as ‘somewhere between Roxy Music and the Strokes, the Killers and Kanye West, Pulp, R&B and Frank Sinatra’ (The Guardian). Spector are currently touring Europe with Florence and the Machine and have just made their first US appearance to the masses at California’s Coachella festival. Safe to say these boys don’t mess about! They are sure to be on their finest form when they support Kaiser Chiefs at Mallorca and Ibiza Rocks in June, with Zane Lowe also added to the bill to make these shows a triple triumph.

British electro pop giants Fenech-Soler’s single Stop and Stare brought a little bit of the Balearics to the UK and Demons brought a dark mix of dancey beats to the charts.  They also co-wrote and featured on Paper Romance by Groove Armada and the band is firmly at the top of the nu rave pile.  They are sure to put on a show to remember for fans when they play Mallorca Rocks in July, joining Axwell on the bill.

The Milk will be supporting Ed Sheeran at both ‘Rock’s opening parties in June.  These young soul rebels promise to bring something different to the Balearics, with their irresistibly infectious mix of classic northern soul, punk and reggae – a combination so favourable that NME have labeled them ‘the next band you all should be paying attention to’ and The Guardian say they are ‘the band you’ve been waiting for.’

Highly touted London four-piece Theme Park have been releasing demos online and dominating the charts on internet Radio before now finally starting to catch the attention of the mainstream, with standout tracks such as the insanely catchy Milk. They’ve been compared to the likes of Vampire Weekend and Metronomy and hailed as “fine and worthy successors to the funk-rock mantle previously held by Talking Heads.” Having toured recently with the likes of Florence and the Machine and Bombay Bicycle Club and with their debut album due out next month, Theme Park are ‘one to watch’ at ‘Rocks’ 2012 and will support The Maccabees.

The Ibiza Rocks brand consistently boasts a bill crammed with the biggest international artists and breakthrough talent live under the Balearic stars and offers a choice of quality accommodation options in Mallorca and Ibiza at exceptional value.  Summer 2012 will see 32 ‘Rocks’ gigs across 16 consecutive weeks.  Mallorca Rocks every Tuesday from 05 June – 18 September.  Ibiza Rocks every Wednesday from 06 June to 19 September.