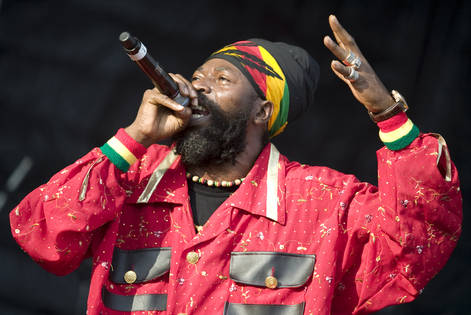 Boomtown Fair have bagged an exclusive UK festival first and confirmed the voice of dancehall Capleton will headline the Reggae Stage.

Also added to the Lion’s Den is larger than life, nine piece, roots-reggae outfit, Gentlemen’s Dub Club on Saturday night. In addition to these sterling acts for the Reggae stage, the Bassline Circus dance tent have snapped up critically acclaimed rap, grime and dubstep act Foreign Beggars, along with the dark and techy drum and bass of Holland’s Black Sun Empire and the latest reincarnation of DnB’s legendary producer Spor as Feed Me to showcase his epic electrohouse and dubstep mixes.

With the music line up blazing, Boomtown have been plotting with their festival friends and are pleased to announce that some of the circuits most inventive and creative crews will be taking over the streets of the brand spanking new area May-fair Avenue to provide an opulent neighbourhood next to Downtown Boomtown! May-fair Avenue is an altogether far more elegant part of town. Along its length run deluxe casino's where dreams can come true, sumptuous restaurants, suave gentlemen's clubs which turn a little raucous as the night stretches on and luxury shopping outlets.

As dancehall’s original Prophet, Capleton is a reggae legend with a career spanning over 2 decades. In this UK festival first and summer exclusive Boomtown Fair have one almighty show closer for their reggae stage on the Sunday evening. Over the years Capleton has worked with industry greats: Once signed to the mighty Def Jam records Capleton has collaborated with some of the biggest acts around including Method Man and Q-Tip. One thing is for sure; the Lion’s Den will be roaring!

Supporting Barrington Levy on the Lion’s Den Saturday evening slot is Leeds nine-piece ensemble Gentleman’s Dub Club. With a style based in dub, ska and roots reggae, GDC have burst onto the UK circuit, rocking gigs and festivals up and down the country with their turbo charged high-energy show.

Along with these epic Reggae stage announcements, Boomtown have been beavering away on the Bassline Circus bill and have clinched some more awesome artists for the already ambitious dance stage line up. Just confirmed are one of the most prolific and versatile outfits to emerge from the UK in recent years Foreign Beggars, the fresh and progressive sound of Dutch trio Black Sun Empire with their pioneering techstep, drum and bass sound, along with leading producer and DJ, Spor. He’ll be appearing as his electrohouse and dubstep alias Feed Me showcasing bass heavy and high octane electro energy.