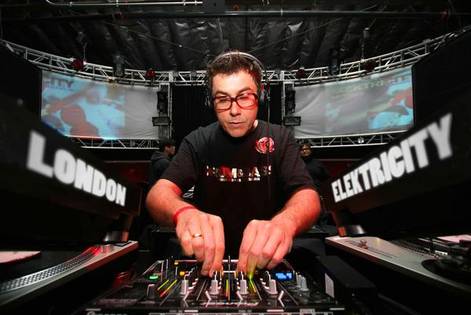 Glade is very pleased to announce The Mansion House, Old Warden Park, Biggleswade Bedfordshire is the new home for Glade Festival 2011.  Conveniently situated for festival goers travelling from all directions  this location is an ideal site, close to all major routes, and  in a beautiful landscaped park.

London Elektricity AK Tony Coleman AKAKA Head honcho of one of the world’s leading d’n’b labels Hospital Records. Having been involved in the scene since the mid 90’s he has been instrumental in the development of the genre as we know it todat. Second up we welcome one of Breakbeat’s true heros Elite Force, having be instrumental in the sound from the early days of NuSkoolBreaks through to spearheading the tech-funk and more recently more bass-heavy sound of breaks, Elite Force was recently voted best producer at the Breakspoll 2011 Awards. Finally we welcome The Losers to perform live. For those that don’t know The Losers consist of XFM’s Eddy Temple-Morris and Tom Bellamy, habvng remixed the likes of The Prodigy, Placebo, Snow Patrol, Empire of the Sun, Dan le Sac & Scroobius Pip and Alex Gopher amongst others and they are just about to release their debut album 'Beautiful Losers' Gung Ho! Recordings. Not to be missed!

Having already released what we considered to be a great line up, Team Overkill have pulled out all the stops with their second wave of acts headed up by some true legends within their genres.

Kick-starting with No-U-Turn & Virus legend Ed Rush who joins one of the most prolific producers in IDM / forward-thinking electronica Luke Vibert (Wagon Christ, Plug, Kerrier District and Warp, Planet Mu, Rephlex and too many more) at the very top of the bill, we also welcome old school heros 2 Bad Mice (Bombscare / Moving Shadow Recs) Gabba-legend The DJ Producer and Scottish techno pioneers Subhead. Add to this the hypest new producers Africa Hiteh and Love alongside Dubstep heroes GothTrad, the extreme Drumcorp and a whole host more. Get your waders on and prepare to get stuck in.

Taking care of all your Psy-Trance needs, these three arenas will have you rocking until the very end, from the beautiful outdoor sunny vibes of Origin Stage where the best in UK and international Psy Trance featuring a selection of the biggest and best live acts ad DJs covering all styles and flavours. InSpiral Stage will play host to all things chilled out and world-music during the day and then move towards more psy-funk and techno as the evening progresses. Finally our new stage FUSE plays host to five of the UK’s leading promoters Liquid, Illuminaughty, Planet Shroom, Wildthings, Planet Zogg and Toadstool.