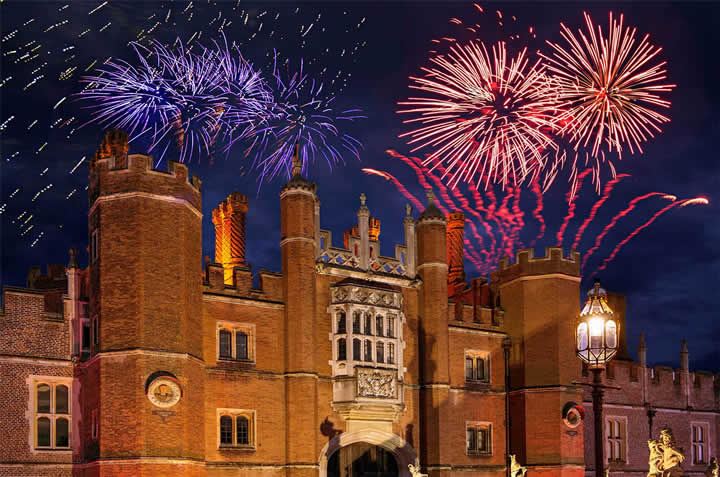 The iconic summer festival takes place between Thursday 8th June- Saturday 24th June 2017 and brings world-class acts to a spectacular setting. Artists will perform to a beautiful backdrop in Henry VIII’s open air Base Court for an intimate audience of 3,000.

Following the success of their Platinum-selling album, two of the greatest voices in the world, the nation’s leading musical theatre star, Michael Ball, and the nation’s favourite tenor, Alfie Boe, will perform on 23rd June as part of their double-headline tour ‘Together’. The two critically-acclaimed artists have both received a plethora of prestigious awards, record-breaking sales and chart successes. Michael is a double Olivier Award winner, multi-platform recording artist and a hugely popular radio and TV presenter. Alfie’s exceptional voice has made him Britain’s biggest-selling tenor, achieving over a million album sales and four top ten albums. He led the cast of Les Miserables and stole the show at the Diamond Jubilee Concert.

On confirming their performance at Hampton Court Palace Festival, Michael and Alfie commented: “There are simply no words for how incredible this is for us. We have always wanted to work together, it was just a case of getting the timing right.” Tickets for Michael Ball and Alfie Boe will be available from Friday 24th February.

The legendary Van Morrison, will perform at the festival on Thursday 15th June. Considered one of the greatest singer-songwriters of our age, Van Morrison comes with a string of accolades including six Grammy Awards and a BRIT Award. He was also knighted in 2016 for his outstanding musical achievements and has been inducted into both the Rock ‘n’ Roll Hall of Fame and Songwriters Hall of Fame. Performing his classic hits such as ‘Brown Eyed Girl’, ‘Bright Side of the Road’ and ‘Have I Told You Lately That I Love You’, Van Morrison creates the perfect summer sound. Tickets for Van Morrison are on sale now.

Other artists so far confirmed to perform at the 25th anniversary of the summer festival include Bryan Ferry, James Morrison, Jools Holland, Rick Astley, Björn Again and the Royal Philharmonic Concert Orchestra.

Hampton Court Palace Festival is renowned for giving its guests a truly memorable and unique experience. Artists perform in the historic main courtyard of Henry VIII’s magnificent Tudor Palace for an intimate audience of 3,000. The East Front Gardens provide festival-goers with the perfect place to relax, drink and picnic before taking their seats for the evening’s entertainment. The festival also offers the perfect opportunity to celebrate special occasions in a prestigious setting, with exclusive dining and corporate entertainment available, ensuring a memorable VIP experience.

Published on 22 February 2017 by Ben Robinson