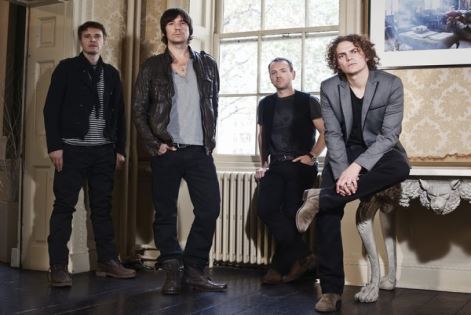 WATCHET LIVE C.I.C, the organisers of WATCHET LIVE FESTIVAL have announced the first set of acts to be confirmed for 2014 include Toploader, Bad Manners, Eric Faulkner's Bay City Rollers and Geno Washington & The Ram Jam Band.

With their trove of of hits including Dancing In The Moonlight and Achilles Heel, Eastbourne's Toploader are the perfect sing-a-long festival headliner for Saturday night. Saturday's 2nd headliner is yet to be announced.
The line-up for Friday's main stage include a host of legendary acts. Buster Bloodvessel's legendary Ska band Bad Manners will headline, supported by the No.1 60's soul man, Geno Washington and his Ram Jam Band. Tartan scarves will be out in force for Eric Faulkner's Bay City Rollers, and the unique retro-pop sound of Dance Rock Revivalists Joywride will open the festival main stage.
Both Sunday headliners are yet to be announced, but as always 'house band' The Wurzels will perform in the afternoon, alongside Company B and Land Of The Giants.
Taking place for the 8th time on the August Bank Holiday Weekend, Friday 22nd - Sunday 24th August, Watchet LIVE Festival will showcase the very best music, food and entertainment from the Westcountry and beyond.
Camping and Campervan option early-bird tickets are on sale at last year's prices until March 2014, when the remaining three headliners will be announced.
Watchet LIVE is a not-for-profit family-friendly festival with amazing views of the stunning West Somerset coastline and beyond. Three live stages will host more than 50 live acts, bringing a wide range of high-calibre musical acts not normally found performing in West Somerset, at a very affordable price.
Following the success of last year's sold out event, Watchet LIVE Festival has made financial donations to local groups including The Children's Hospice South West, West Somerset Brass band, and the local "Stand Against Speed" young driver's awareness campaign.
2014 will see more emphasis on youth-oriented daytime and evening entertainment & workshops; a shuttle bus from the main town to the festival site in the afternoon and evenings on each day has been introduced, plus more walk about street entertainers, more showers in the camping area and an extended family camping area.
Alongside a wide variety of high quality food stalls, the extensive in-house Cider and Real Ale Bar prices are always kept as low as possible, providing one of the best-value refreshments offerings to be found at any event in the UK.

Published on 21 February 2014 by Ben Robinson