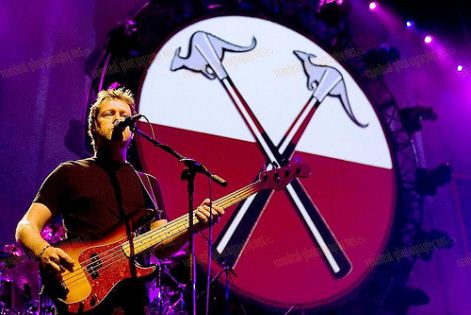 The multi award winning Live From Jodrell Bank series is thrilled to announce a second Transmission for 2013 with The Australian Pink Floyd Show taking to the stage at the Jodrell Bank Observatory in Cheshire.

This peerless tribute act will be playing a celebration show to mark the 40th anniversary of the release of the seminal Pink Floyd album, The Dark Side Of The Moon. Sigur Rós have previously been confirmed to headline a Live From Jodrell Bank show in August as the world’s best live acts line up to play in the shadow of the iconic Lovell Telescope, one of the biggest and most powerful radio telescopes in the world.  Previous Live From Jodrell Bank shows have taken place with Elbow and The Flaming Lips and these sold out shows have been euphoric affairs marrying science and music in this stunning location.
Australian Pink Floyd is the biggest and most spectacular Pink Floyd show on the planet.  Having sold over 3 million tickets and performed in over 35 countries the show is one of the most in demand touring entities currently operating and incorporates a psychedelic light show modelled on the light shows used by Pink Floyd during their 1987 and 1994 world tours.  The show includes a round screen with intelligent lights arranged around its perimeter. During a concert, movies and animations are displayed on-screen, complementing the band's light show. Inflatables such as the pig used by Pink Floyd during the Division Bell Tour and Skippy - the bands own giant pink kangaroo are frequently employed in the band's shows.
A unique element of the Live From Jodrell Bank shows has seen bands beaming their projections onto The University of Manchester's 76 metre Lovell telescope and The Australian Pink Floyd’s spectacular audio visual production can be experienced at its finest in this unique environment.  This live show is so good that they were even engaged by David Gilmour to perform at his 50th birthday celebrations

Published on 21 February 2013 by Ben Robinson