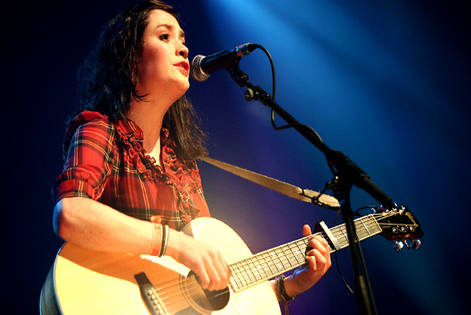 The emerging talent stage of the festival, Solus celebrates the finest new acts on the Scottish music network and this year’s line-up doesn’t disappoint with Jack Townes and Dam Mantle also scheduled to appear.

Rachel Sermanni will headline on Friday 22 July: championed by Brit award winners Mumford and Sons, the 19 year-old singer/songwriter was the highlights of the 2011 Celtic Connections festival.  Stornoway musician and superstar in the making Dot JR, who headlines on Saturday 23 July, has also been making his mark on the music scene, famously remixing Tinie Tempah’s ‘Wonderman’.

Rachel Sermanni said: ““I’m delighted to have been asked back to Wickerman after having so much fun last year in the Acoustic Village. It’s a real honour to have been asked to headline Solus which has built such a fabulous reputation for showcasing new acts over the years. July can’t come quick enough for me!”

Festival coordinator, Helen Chalmers, said; “There is some amazing up-and-coming new talent in Scotland, and the calibre for this year’s festival is phenomenal. For our tenth anniversary celebrations we are going all out to put on the best festival we can, and Solus this year will really make its mark.”