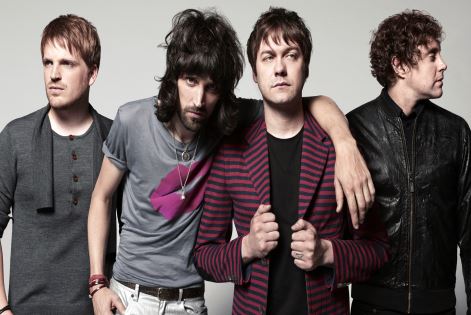 This summer, T in the Park will take up residency in the beautiful grounds of Strathallan Castle, and festival organisers DF Concerts and founding partner Tennent’s Lager are thrilled to reveal a stellar cast of acts set to play the historic first ye

This summer, T in the Park will take up residency in the beautiful grounds of Strathallan Castle, and festival organisers DF Concerts and founding partner Tennent’s Lager are thrilled to reveal a stellar cast of acts set to play the historic first year at the festival’s brand new Perthshire home.

Over 10th - 12th July, Strathallan Castle will play host to an unmissable bill packed with some of the world’s biggest bands, DJs, solo artists and hotly tipped breakthrough talent, as well as a daily crowd of 85,000 music fans.

Joining previously announced The Libertines on the T in the Park bill will be fan favourites Kasabian, who headline the historic first day at the festival’s new home. Swedish dance sensation Avicii will make his long-awaited T in the Park debut when he closes the Main Stage on Saturday. Noel Gallagher’s High Flying Birds are sure to deliver a finale of epic proportions when they bring the Main Stage to a close, and influential dance icons The Prodigy will headline the Radio 1 Stage on Sunday night. Both Noel Gallagher and The Prodigy will become the first acts to have graced the T in the Park stage in all three of the festival’s homes - Strathclyde Country Park, Balado and now Strathallan Castle. Long-time festival favourites Stereophonics will appear penultimate to Noel Gallagher’s High Flying Birds on the Main Stage on the final night. Superstar DJ and producer David Guetta, Sam Smith and The Script will also make a welcome return to the festival.

With some of the biggest names in music heading for Scotland this summer, T in the Park’s debut outing at Strathallan Castle is already shaping up to be an unmissable weekend:

Kasabian are huge crowd favourites, and when the lads return to the Main Stage this July, they will become the first act to headline Strathallan Castle. Currently in the form of their lives both on stage and on record, their latest album 48:13 became their fourth consecutive no.1 album. The band described the album as being “about the crowd, the fans. That moment we share onstage, where they’re giving as much as you’re giving, it’s so special, so it’s a love letter to that moment and to those people.” T in the Parkers will be able to share that moment this July.

In 2014, Swedish songwriter and producer Avicii cemented his place as a true superstar recording artist/DJ with the success of his genre-defying debut album, True. The album blends the earthy sounds of folk, country, and bluegrass with soaring pop melodies, funky disco jams, and driving house beats. His 4x-platinum stomper Wake Me Up hit no. 1 in 81 countries and became the most streamed song of all time on Spotify. He’s also just released single The Nights and has a brand new album in the pipeline. Having played to millions at major festivals like Miami’s Ultra Music and Lollapalooza and at the world’s biggest clubs, Avicii will add T in the Park to this illustrious list when he makes his debut this July.

Avicii said: “Really looking forward to get back to Scotland for one of the best festivals in the world! Can't wait for July 11th!”

Noel Gallagher will go down in T in the Park history this July as one of the first artists to play at each of the festival’s three homes. Oasis played the festival’s very first outing at Strathclyde Country Park in 1994, and headlined Balado in 2002. When Noel returns in 2015 with his High Flying Birds, he’ll complete the T hat-trick. Chasing Yesterday is out on March 2nd and marks a new chapter and sound for Noel Gallagher’s High Flying Birds. It’s the first album to be produced as well as written by Noel and features a much broader array of instrumentation than ever before; the result is a rich, expansive and multi-layered record, drawing from a range of disparate influences - from west coast rock to classic rock’n’roll and even some space jazz!

David Guetta has played a pivotal role in turning dance music into the chart-topping juggernaut it is today. His impact is impossible to underestimate, and he can be considered among the elite group of super-producers whose sound is synonymous with an era. His landmark new album, Listen, proves he remains at the top of his game. With residencies at XS and Encore in Vegas, Ushuaia and Pacha in Ibiza, he DJs to millions around the world each year - next stop, Strathallan Castle.

The Prodigy have cut a solitary path through the noise-scapes of electronic dance music. They’ve dropped five epoch-defining studio albums, including 2009’s world dominating Invaders Must Die, and delivered unforgettable live performances that have taken electronic beats into unchartered territories, inspiring legions of artists along the way. They return in 2015 with a brand new album The Day is My Enemy. Huge fan favourites, they will join Noel Gallagher in the T in the Park history books as they become one of the first acts to have played all three of the festival’s homes.