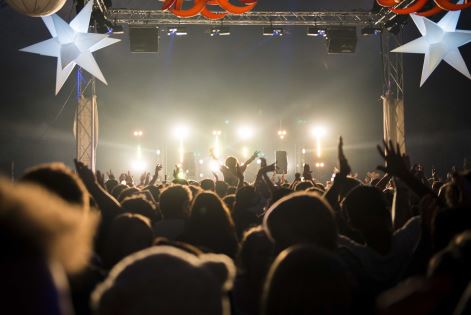 The family welcomes 6000 visitors, 96 band acts, 36 DJs to the farmon the last weekend of August. Artists will play on one of 8 stages andvisitors can expect over 20 festival areas.


Going into its 9th year the festival has seenunprecedented sales which are 100% up on what has been seen at this pointbefore. The festival has sold out of all but its last tier of tickets and therewill be no tickets for sale on the gate.

The Brownstock main stage will be headlined by rapperProfessor Green and Glasgow band The Fratellis, with supporting performancesfrom singer songwriter Tom Odell, The Pigeon Detectives, King Charles, Devlin,Hadouken, The Milk and Delilah. However the main stage is only one of many. Thefestival also presents a full dance line up in their Good Shed tent, which willbe headlined by Mark Ronson and Duke Dumont.  The full line up is here.Professor Green stepped into replace Rudimental after they pulled out of theevent last minute. Youcan read a statement about this here.

There are 96 bands due to play over the weekend and many ofthese are local upcoming talent. 1000 bands applied to play at the festival andBrownstock set up a Facebook App for festival goers to vote for theirfavourites. 5000 voted to create a 100 strong shortlist, with the final winnersbeing picked by The Fratellis and the Pigeon Detectives.

Despite growing the festival is still independent and run bythe Brown family.

The festival is a rustic homegrown and overgrown familyparty. It has a handmade feel and personal touch which makes for a uniqueexperience. The festival is littered with entertainments and areas which arethemed and dreamt up and by the family and built by Anna Brown (the artyfarmer’s daughter) in her farm workshop. Even Nanna Brown (ex art teacher) getsroped in to hand paint the festival signs.  This means you can take a seatat the table in the cosy farmhouse, a fully furnished mock farmhouse in thecentre of the main arena, or park yourself in front the Treehouse Stage whichis built into one of the sites large oak trees.

The full array of all Brownstock areas can be found on theirfestival map which is here.

New for this year.

The Mussel Beach Reggae Bar, with a beach, deckchairs andhot tubs will make its first appearance at the festival.  Visitors shouldalso be sure not to miss the new Saloon Bar. The Saloon Bar has been hand builtby the Brown family and will present 3 days of rip roaring country hoe down fun,in a setting not expected this side of the pond. Even the bar stools havestirrups. The festival held a competition among its festival goers to nametheir new bar. Following hundreds of suggestions the family chose “The SlipperySaddle Saloon” as the winning name for the new venue.

Also for the first time the festival’s Piano Bar will bepresenting The Cabaret Show, with comedy, burlesque and sing songs late intothe night on Friday. The piano Bar is a sitting room type bar in the festival’scampsite. Home to a huge Grand Piano the bar sees countless live acoustic andpiano based acts over the weekend, with open mic slots, pub quizzes and mostimportantly a delivery of the Sunday papers to be enjoyed from the comfort of asofa with your feet up.

There are always a few surprises at the festival, and asecret area is planned for 2013 but no information has been released about thisyet.

Fancy dress always plays a big part of the weekend. Thisyear’s theme is “Cowboys and aliens”.

The family have one of the largest Aberdeen Angus beef herdsin the country, so it goes without saying that the only beef on offer duringthe festival is Brown beef with officially 0 food miles. You can try aBrownstock Burger, or sit down for a 3 course meal in the festival’s Pop UpRestaurant run by chef Jimmy Garcia. Here you can enjoy a 3 course sit downgourmet style meal for £35 a head. Menu: Wild venison Carpaccio, demi-boiledquail’s eggs and the slow-roasted cheek of a cow (reared in the very fieldyou’re sitting in), served in pear and bitter chocolate sauce. Ticketsavailable here

Other food vendors are carefully selected with food optionsthat range from stone baked pizza in a wood fired oven to Zebra burgers. Andone thing is for sure, there will not be a chip in sight!

Adam Brown Festival Director says “We havebeen overwhelmed with how popular the festival has become. You only have tolook at the festival map to get a taste for what we have in store for thisyear’s festival. We are delighted with our headline acts, but as always this isonly the start as with new areas like The Saloon Bar which should keep peoplepartying day and night. I think everyone should be storing some sleep inpreparation for quite a weekend.“