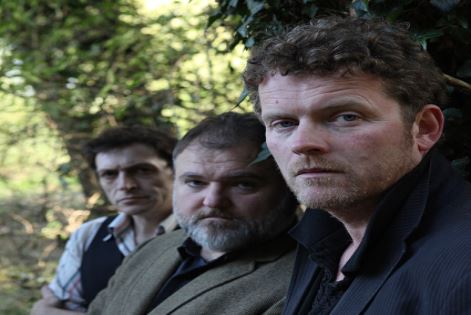 Dozens of top musicians, including members of Lindisfarne and Britpop icons Dodgy, are lining up for a month of live music in the North East.

Performances will be taking place at the open-air Amphitheatre, Sea Road, South Shields every Thursday and Saturday during June, as part of the South Tyneside Festival 2015.
First on the bill is The Alan Hull Songbook, featuring current Lindisfarne members Dave Hull-Denholm and Ian Thomson.
They’ll be taking to the stage, on Thursday June 4, to perform classics written by the band’s former singer/songwriter, Alan Hull, as well as a number of tracks never previously performed live.
The Amphitheatre live music programme, which runs twice weekly from 7pm until 9pm, will close on Saturday, June 27 with a high profile performance by top-selling trio, Dodgy.
The band, who first wowed the crowds at the South Tyneside Festival in 2011, rose to fame in the 1990s with hits including If You're Thinking of Me, Staying Out for the Summer and top five smash, Good Enough.
Before then, music-lovers will have the chance to see a wide range of top artists performing live, including guitarist Anysley Lister (June 6), North East cover band The Albino Crocodiles (June 13), trio The Jon Strong Band and Australian singer songwriter and guitar virtuoso Daniel Champagne (both June 25).
There will also be an opportunity to support up-and-coming regional talent, with showcases by CustomSpace in association with The Customs House, featuring Jen Stevens (June 11), South Tyneside College (June 18) and The Garage recording studio (June 20).
The Amphitheatre live music programme is organised by South Tyneside Council in partnership with Minchella & Co. The evenings are free to attend and represent the start of the wider South Tyneside Festival 2015, which runs from June until the end of August.
Other highlights in the Festival include a Summer Fayre in Bents Park on June 27, a spectacular Alice in Wonderland themed parade through South Shields on July 4, Proms in the Park on Sunday July 5 and Sunday concerts at Bents Park featuring Billy Ocean, Sophie Ellis-Bextor, The Feeling, 5ive, Joe McElderry, Collabro, and more during July.
There will also be Craft Markets at Harton Quays Park on the first Sunday of the month from June to September, Kids Fun Fest children parties on Tuesdays and Thursday from July 18 to August 20 and brass band performances every Sunday afternoon throughout June, July and August.
Councillor Alan Kerr, Deputy Leader of South Tyneside Council with responsibility for Culture and Leisure, said: “The Amphitheatre live music programme is a great way to showcase North East talent and offer music lovers from across the region the opportunity to see big names like Dodgy and the members of Lindisfarne performing for free.
“It’s a popular part of the annual South Tyneside Festival and this year looks set to be no exception.”
For more information and full listings for the South Tyneside Festival 2015 go to, www.visitsouthtyneside.co.uk