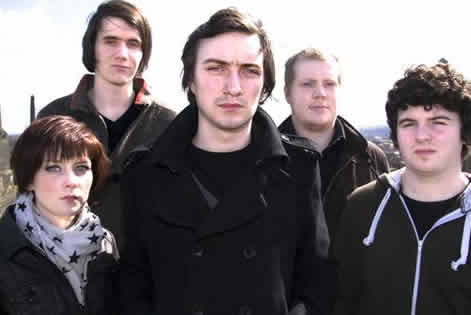 Further spectacular acts including Admiral Fallow, Tribes, Fixers and many more are all announced for the renowned Lake stage at Latitude.

With four bespoke arenas dedicated to music, Latitude offers an enormous selection of the finest hand-picked bands and artists to create the perfect soundtrack to a resoundingly superb weekend. With reformed must-sees to the newest essential hot tips from a variety of genres, Latitude’s music arenas have it all. With The National, Paolo Nutini and Suede headlining the Obelisk Arena; Bombay Bicycle Club, Foals and Eels headlining The Word Arena and a whole wealth of musical talent playing across the weekend, Latitude once again boasts an exhilarating and unique line-up.Manchester popsters Dutch Uncles headline the Friday evening, clutching the jerky, XTC-like content of their UK debut album 'Cadenza'. Their self-titled album hasn't seen a release yet, but it's on this latest offering that they really hit their stride. Frantic rhythms, infinite guitar refrains and memorably loopy vocals. The best band people know of but haven't heard, it's about time everyone was acquainted with these clever, fun and anthemic songs.
CocknBullKid is the Saturday night headliner for The Lake Stage. Anita Blay started off in music collaborating with rapper-turned-lounge singer Plan B before signing to cool indie label Moshi Moshi in 2009. After a series of sleek pop singles, her debut album is released in May – 'Adulthood' – showcasing her chart-scaling ambition. She toured with Marina and the Diamonds and Kele late last year, building her live reputation to the level that is required for her deserved headlining slot for Latitude.
London's folk-influenced scene has its new spearhead in Dry The River, five relatively clean-cut young men whose harmonies and acoustic led songs have drawn labels out like the Pied Piper. The headliners for Sunday evening build their songs into riveting bombastic crescendos, ensuring an extra level of epic during their live performances. These relentless touring machines haven't had time to release an album just yet, but a three track EP, a new single entitled ‘Ceremony’ and a bunch of tracks online show the churning, blooming appeal in their pastoral ditties.

For the full line up see the Lineup here