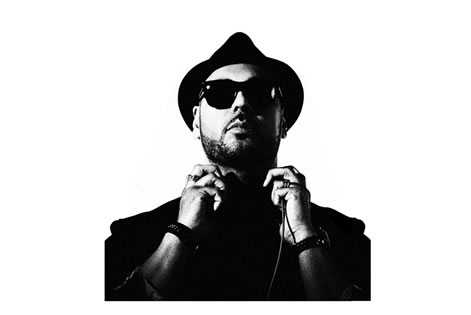 First up on Saturday is Roger Sanchez. The big breakdowns, raring build ups and tribal vibes, synonymous with one of the greatest house DJs of all time.

With South West Four 2012 the epicentre of this summer’s festival frenzy, clubland is still shaking from the shockwaves of our ‘Phase 2’ announcement. Where else will you find electronic music acts of this calibre, packed into luscious green grass of South London’s favourite park? The legendary Paul van Dyk, Toolroom Records’ top dog Mark Knight, Grammy award winner Benny Benassi and techno mastermind Joris Voorn – are all set for Saturday’s cavorting on the Common.

Sunday witnesses a Phase 2 line-up equally as prolific, with the brilliant 2 Many DJs (DJ set), the unmistakeable soundtrack of Eric Prydz, the omnipresent  Sasha, Simian Mobile Disco’s manic madness and last but not least the electric eccentricity  of Erol Alkan. The aforementioned alone would be sufficient for a bank holiday bonanza. But in the words of De La Soul, “three is the magic number.” So with great pleasure, SW4 announces its Phase 3 line-up additions. If you liked what’s gone before, this is most likely to excite even more. Are you ready?

ADDED TO SW4 DAY ONE: SAT 25TH AUGUST
ROGER SANCHEZ
GUY GERBER • ÂME • ROBERT BABICZ
JOHN DAHLBACK • LAURA JONES • JOZIF
First up on Saturday is Roger Sanchez. The big breakdowns, raring build ups and tribal vibes, synonymous with one of the greatest house DJs of all time. Roger’s seminal ‘Release Yourself’ radio show underpins his fanbase and boasts an incredible fifteen million listeners every week. Not forgetting the namesake residencies at London’s Ministry Of Sound and Space Ibiza, renowned for their passionate, party crowds. Red hot beats from Roger’s ever expanding ‘Stealth’ label is also guaranteed, such as new track ‘Flashing Lights.’ A taste of how Roger’s formula translates to the great outdoors was evident at the Stealth pool party at WMC 2012. Flashing lights, frenetic lasers, beautiful girls and clued up guys. SW4 promises this and more. The perfect environment to let go and release yourself…

Guy Gerber is the guy people always look to for pure electronic sounds. An unconventional, ‘anything goes’ policy is testament to initial releases on John Digweed’s lauded ‘Bedrock’ and Sven Vath’s Cocoon’ labels, before flying the nest to start his own platform ‘Supplemental Facts.’ Affirming Guy’s production nous which knows no bounds, his latest release signed to Seth Troxler’s Visionquest incorporates sweeping atmospheric melodies, tailor made for the outdoor environment. Caressing an emotive response from those who fall subject to his spell, Gerber is a gargantuan, driving force to be reckoned with.

Arguably best known for their spaced out, trippy anthem ‘Rej’, Âme always aim to please. An unwavering underground ethos is adhered to through the mystical workings of their Innervision imprint and host of global gigs. From regular appearances at the elite Berghain and Watergate in their domestic Deutschland home, to playing the flagship ‘We Love’ opening at Space on the White Isle this summer, Âme can be found the planet’s finest nightclubs each and every week. 2012 celebrates their illustrious ten year history, marked by the forthcoming ‘Live’ album. The first offering of the duo’s bespoke material in six years, SW4 is sure to incorporate this sublime selection. Hearing it live is a must for all attendees this August Bank Holiday.

An artist who truly considers music an art form is Robert Babicz. His seminal anthem ‘Dark Flower’ remains a timeless classic, the same attribute applied to last year’s debut Essential Mix on BBC Radio 1. As Robert so eloquently achieved, his aim was to portray “the different sounds and colours of his mind.” Hence why each performance is so personalised, the ‘Babiczstyle’ label set up with having no specific music policy. Every show witnesses an awesome on-the-fly sonic manipulation, utilising Robert’s extensive background in sound engineering. Another of Germany’s electronic craftsmen is set to bring a unique outlook to SW4.

Any ‘Mutants’ on the Common would normally be cause for concern. But when manifested in musical form, via the acclaimed Mutants label of John Dahlbäck, the more the merrier! From the prosperous Swedish school of house, the unmitigated success of his previous London show meant an inevitable return. The Together Winter Music Festival at Alexandra Palace was the scene. An all conquering chunky repertoire that eloquently combined dirty stomping beats with classic ‘hands in the air’ moments the recipe. After rocking releases on the reputed Subliminal, Toolroom and Defected labels, new offering ‘Start Lovin You’ has made us love Dahlbäck even more. Revamping old school disco synths for 2012, this will have SW4 house heads clamouring for more.

Finally on the Saturday, two of this year’s rising stars debut, stirring up a rather large commotion in the process. Laura Jones has been nurtured under the aforementioned Visionquest collective, with her track ‘Love In Me’ hitting the dizzy heights of Beatport No.1. London born and bred, jozif is fast carving a niche for himself in the underground scene. Bedrock aficionados will already be familiar, with jozif’s monthly sets at XOYO an integral part of John Digweed’s hot new residency in the Capital.

ADDED TO SW4 DAY TWO: SUN 26TH AUGUST
PETE TONG • SETH TROXLER
MAYA JANE COLES • GREEN VELVET DYED SOUNDOROM • EATS EVERYTHING
Pete Tong, the world’s undisputed ambassador for electronic dance music, kicks off our Phase 3 Sunday additions.  Last year’s main stage outing at South West Four in front of thousands of devotees was followed by a rocking headline slot at the Together Winter Music Festival. 2012 has already been a monumental year for Pete, with the London debut of his ‘All Gone Pete Tong’ night firmly in the memory. Each momentous occasion, relaying the finest underground cuts, as showcased on outstanding new mix compilation ‘Miami 12.’ It’s a succinct formula that has proved the solid backbone for Tong’s defining twenty year Radio 1 career. To borrow that well known phrase, this will be Essential!

Then the enigma that is Seth Troxler, voted second in Resident Advisor’s coveted Top 100 poll, debuts this year in an epic London festival exclusive. Together with label cohorts Shaun Reeves, Ryan Crosson and Lee Curtiss, Visionquest has moulded into the most exciting underground house imprint of today. Seth’s early exposure to Detroit sounds is still alluded to, in the form of deep and soulful arrangements. Seth’s dark grooves and penetrating bass lines sets him apart from the rest, as was the consensus for his superb appearance at Timewarp this March. For SW4, only the best will do…

The hugely anticipated SW4 debut of Maya Jane Coles will be another of Sunday’s highlights. Last year voted DJ Mag ‘Producer of the Year' and ‘Best Breakthrough DJ' by Mixmag, this culminated in a new entry in RA’s Top 100 - at a mind-boggling #9. The transition from local London gigs to worldwide colossal clubs has been seamless, facilitated by a raw talent that has ensured regular appearances for Warehouse Project, Fabric, Space and Amnesia. By August Maya will have taken her deep orientated house and techno sound to over twenty countries this year alone. A sure sign of her wide ranging appeal, her exclusive SW4 set will no doubt incorporate top secret productions from her debut artist album due for release in 2012.

“I’m going down to, La La Land…” The punchy lyrics from Green Velvet’s immortal hit, constituting a quirky, jacking thud that is infectious and compelling in equal measures. A deck wizardry renowned amongst fans and critics alike, is backed up with dancefloor weapons that have no doubt influenced today’s techno tastemakers. The attrition of beats which gave ‘Flash’, ‘Answering Machine’ and ‘Shake and Pop’ their devastating dance floor properties, still excite in today’s current climate. Expect from this performance simmering loops and kicks to bubble into an overflow of SW4 emotion. Plus maybe some classic Chicago house thrown in, ‘Cajmere’ being the alter ego which re-wrote the house rule book with ‘Percolator.’

Give it up for Dyed Soundorom. The Spectral Sound, Freak n’Chic and Crosstown Rebels artist recently tore the roof off London’s Electric Brixton, supporting Carl Cox at his penultimate Easter club show. A firm favourite of the DC10 Ibiza faithful, Dyed plays every Monday as part of his Circo Loco summer residency. His incredible performances at the White Isle’s most infamous club have helped him build a huge fan base, as reflected by his #24 position in the RA Top 100. As a DJ he brings an enthusiastic mix of style and passion, guaranteed to enlighten SW4 this summer.

Finally celebrating a highly successful Stateside tour earlier this year, Eats Everything has acquired a plethora of impressive releases, most notably ‘Entrance Song.’ His Essential Mix on Radio 1 last November was deservedly nominated for the coveted ‘Essential Mix of The Year.’ Signed to Claude Von Stroke’s acclaimed Dirtybird label, and affirming his status as one of THE breakthrough acts of 2011, his chunky full on basslines are now a mainstay in the record collections of Jamie Jones and Maya Jane Coles. Voted ‘Best New Producer’ in the DJ Mag ‘Best Of British’ awards, Eats Everything is guaranteed to leave you hungry for more.

In summary SW4 welcomes a further collection of A-list artists - going deeper and darker than ever before. Tickets have maintained their record selling status so far, succeeding in ramping up the excitement to dangerous levels. With Phase 3 here with a vengeance, this trend is only set to continue. Prepare yourself mentally.