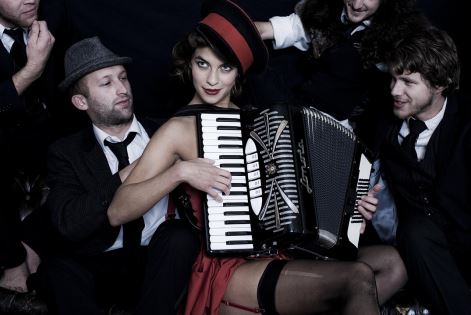 They will be in good company this year as DnB trailblazer and master mixer Andy C will be returning to Nozstock, bringing with him his RAM Records crew for a Saturday Night Takeover of the Cubicles. The highly-regarded TC has also joined the lineup to further fulfill everyone’s DnB needs and tech house behemoth James Zabiela will be headlining the Garden Stage on Saturday night for the first time, which will no doubt be music to many a Nozzer’s ears!
These additions join a glittering lineup that includes hip-hop legend Roots Manuva who will be headlining the Orchard Stage and London dub rockers The Skints, set to go off with a bang on Friday night.
The RAM records Saturday Night Takeover of the Cubicles will be commanded by label head Andy C who will be joined by regular rhymer MC GQ. Support will come from the shining stars of the independent DnB label: energetic ground shakers Calyx & Teebee and A.D, devastating duo DC Breaks, prodigy producer Frankee and RAM legend Ray Rampage.
The Garden Stage will see a range of acts entertaining sun drenched dancers from the hybrid reggae/soul band By The Rivers and 10 piece ska band The Stiff Joints through to house DJ and venerable producer Sonny Wharton, as the darkness falls.
The Speakeasy Bordello will also be returning to Nozstock 2014 for all your electro swing desires in an afterhours takeover of the comedy tent. The Twisted Burlesque DJs and the Electric Swing Ballroom will be joined by the eclectic Phat Tony, Hereford’s foremost electro swing DJ Jitterbug, the classic soul and 50s rock’n’roll stylings of Edd Tipton, funk and urban soul maestro Mr Bliss and the decade-spanning mash-up master Sketch.
Entering its 16th year this summer, Nozstock is a family-run festival on a beautiful working farm in the heart of the Herefordshire countryside. The three-day festival offers a broad spectrum of live music, DJs, arts, comedy, workshops, cinema and performance theatre in a sublime setting, flowing from family-friendly by day, to party by night – over various locations across the farm.
Nozstock will take place on the 1st – 3rd August and will take festival-goers back in time to a prehistoric world of creepy creatures and fearsome beasts, as they enter the Jurassic Farm.