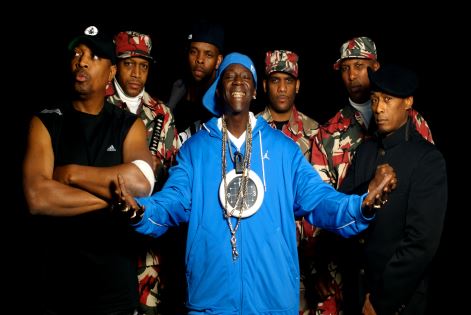 Straight from the Terrordome, hip-hop pioneers Public Enemy will be headlining the outdoor main stage at NASS 2015.

Joining Public Enemy at the top of the bill is D’n’B duo Sigma; fresh from collaborations with Ellie Goulding, Groove Armada and Skepta, the boys will be turning it up with their carefully selected tunes.

Next up is UK based Hannah Wants. Notorious for her hard hitting and unique live-shows, self-taught DJ, Hannah Wants will be dropping bass heavy bangers from behind the main stages’ decks. Hannah’s sets feature an extensive, genre-crossing music collection combined with raw talent, creativity and an impressive ability to read the crowd.

Also just added to the huge 2015 line up are renegade futuristic skankers the Dub Pistols who have been adding a much needed rock & roll swagger to the UK dance scene for years. Their full live shows have a tendency of tearing the roof off and more often than not they bring a few ‘friends’ along for the ride..not to be missed!

Then we have UK institution Mike Skinner. Bringing his unique style and intelligent lyricism to the main stage - the rapper/dj/producer will be dropping a set filled with classics, new material and his unmistakeable blend of UK garage, grime, hip hop and d’n’b.

Rodney ‘Roots Maunva’ Smith will also be exploding onto the stage with his unique dub and ragga influenced hip hop sound. With recent performances including full live bands and a string of collaborators from across the globe - we are excited to see what Roots Manuva brings to this year’s NASS.

Finally - we are pleased to announce the return of Sika Studios to NASS 2015.

The crew from Sika have returned with a line-up that will not disappoint - from UK legend Klashnekoff Klashnekoff (dropping classic UK anthems like ‘Murda, Jankrowville & Parrowdice’) to mash-up floor-filler and Sika Director, Flash Harry.

Published on 18 February 2015 by Ben Robinson