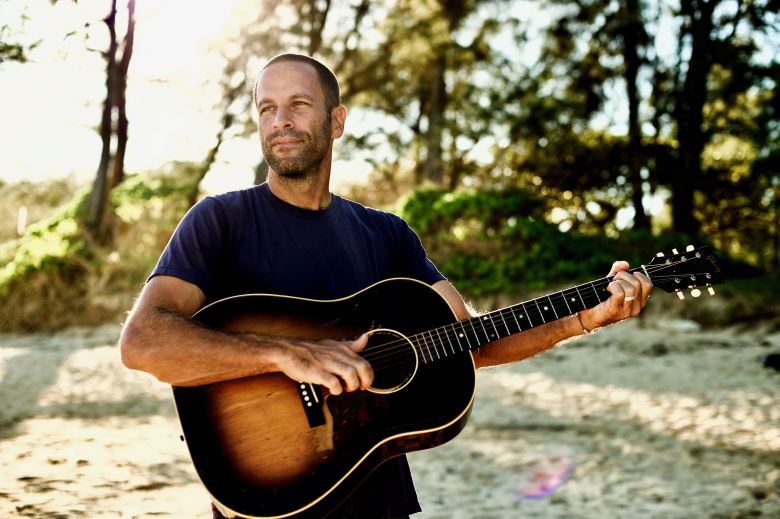 Jack Johnson is the latest big-name artist to be confirmed for the 2018 Eden Sessions. He will play a show at the home of the famous Biomes on July 5, 2018.

Hawaiian singer-songwriter Jack is making his return to the Eden Sessions, having first played to a sell-out crowd in 2010.

Since 2001, Jack has released seven studio albums and two live albums that have sold over 25 million copies worldwide.

Jack’s latest record, All The Light Above it Too, was released in September and debuted at number four on the Billboard Top 200 Albums chart.

He has had three consecutive UK number one albums: In Between Dreams, Sleep Through the Static and To The Sea. He has also won the BRIT Award for Best International Breakthrough Artist.

Jack is also an acclaimed documentary filmmaker and former professional surfer. On his last visit to Eden, co-founder Sir Tim Smit presented him with an Eden eco-surfboard, made from sustainable and biodegradable materials.

Rita Broe, Eden’s marketing director, said: “We’re very pleased to be welcoming Jack Johnson back to the Eden Sessions. His last show was incredibly popular and it will be great to see him back on our stage again.

“Jack has a great affinity with Cornwall and has said that he enjoys playing shows in places with a surfing community – he even took time to surf the Cornish waves on the day of his last Eden Session.”

Jack Johnson grew up surfing and playing the guitar in Hawaii. His Brushfire Records label and touring crew have been leaders in the greening of the music industry and his All At Once social action network connects fans with local non-profits at each tour stop.

Johnson’s album, tour profits, and personal philanthropic activities have resulted in over $30 million donated to charity since 2001.