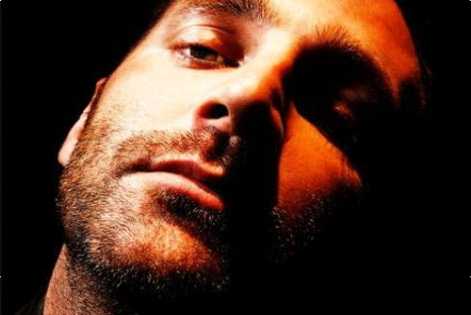 Ready to whip festival goers into a techno spin, legendary clubbing talent Steve Lawler will bring his trademark style to the Wickerman crowd for the first time, as he headlines the Skiddle: ‘2012 - A Bass Odyssey’ tent on Friday 20th July.

Dance music legend Darren Emerson and creative phenomenon Steve Lawler will be heading to Dumfries & Galloway this summer, as The Wickerman Festival’s ‘Bass Camp’ dance acts are revealed in full. Crowds can get ready for a relentless party atmosphere as the festival promises a pulsing mix of progressive house, disco, electro and rave beats from almost thirty DJs…playing out across two tents until 5am on Friday 20th and Saturday 21st July.
Ready to whip festival goers into a techno spin, legendary clubbing talent Steve Lawler will bring his trademark style to the Wickerman crowd for the first time, as he headlines the Skiddle: ‘2012 - A Bass Odyssey’ tent on Friday 20th July . Other fresh additions for the day are high energy female DJ Ginny Koppenhol and Uber resident DJ Ki Creighton, while Dance Lady Dance vs Disco Dom, house DJ Matt Hinde and the phenomenal Kid Blast have been announced as new additions to the accessible Saturday line up.

More new names have also been announced for the Bass Camp - Em-It tent, the Friday bill now including Plump DJs, aka Lee Rous and Andy Gardner. Fresh from an international tour the duo will be pumping out electro, house and bass beats as the tent’s headliners. Techno funk from Londoner and Wickerman regular Meat Katie will get music fans into the groove, next to cutting edge house and electro from Simon Jackson and experimental techno soundscapes from Edinburgh based DJ and producer Ingen. Energy driven mash-ups and remixes will also come from Believe and Carlisle based DJ/producer Andy Ballantyne.

On Saturday 21st July globetrotting Darren Emerson, one of the most influential figures in dance music, will take inspiration from the vibe of the Wickerman Festival crowd, serving up a one-off mix of  his trademark British electronica. Original tracks, remixes and collaborations from the notoriously experimental Rcaine and fresh beats from the hotly tipped Call me T are also set to be amongst the highlights. Scott McCormick, Liam Gordon and Ray McKinney complete the line-up of acts taking to the Em-It decks on Saturday.

Simon Jackson, DJ and booker for the Em-It tent added: “This year there’s a great mix of genres across both Bass Camp tents this year. Up and coming DJs from across the country include one of my favourite newcomers Call me T and of course there’s headliner Darren Emerson, whose name has been  synonymous with dance music for over 20 years. Festival goers should get ready for a party!”

Acts already announced for Skiddle: ‘2012 -A Bass Odyssey’ include BBC Radio 1 In New DJs We Trust’s Jordan Suckley, the carnival like Organic DJs, fresh faced beats from turntable wizard D.O.D, one of the world’s best DJs Yousef,  as well as an underground edge to progressive house and trance from Kryder and driving beats from duo Filter Script.