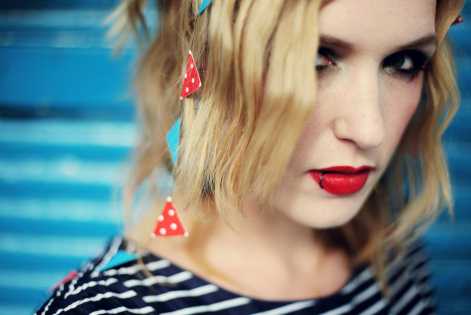 The Biotik stage, now in its third year, is back at the Eden Sessions presenting an eclectic programme of music, talks and events throughout the concerts.

The stage, showcasing artists working with Manchester Aid for Kosovo, Strummerville, Nowhereisland and Cape Farewell, will be in the Mediterranean Biome during the Tim Minchin Session on June 23, Plan B on July 6 and Noah and the Whale and The Vaccines on July 11.

Biotik is the result of a long-term collaboration between the Eden Project and Cape Farewell, a project that brings artists, scientists and communicators together to engage people in the subject of climate change.

On June 23, before comedian Tim Minchin plays the main stage, Biotik will be curated by Strummerville. Set up by the friends and family of Joe Strummer in the year after his death, the charity offers support, resources and performance opportunities to artists who would not normally have access to them.

The stage will be headlined by the one-woman-wonder She Makes War, otherwise known as Laura Kidd. The multi-instrumentalist and visual artist surrounds her bewitching vocals with the ukulele, piano, autoharp, melodica, violin, saxophone and recorder, which are punctuated by recordings from her global travels.

She Makes War will be joined by Cornish singer-songwriter and guitarist Tom James, Bristol-based acoustic artist Gaz Brookfield and Beans on Toast, a man whose drunken ramblings, honest love songs and no holds barred social commentary have made him a firm favourite on the festival circuit.

On July 6, the stage will be curated by Nowhereisland. The artwork, a floating Arctic island by Alex Hartley, has caught the world’s imagination and inspired more than 6,400 people to sign up to become citizens of the world’s newest nation.

Nowhereisland will host a programme of talks from the island’s Resident Thinkers and the spontaneous pop-up talk show the Talkaoke Table will be welcomed back for another year. Cape Farewell will be presenting a performance created through their Sea Voyage project

On July 11, Biotik will be curated by Manchester Aid for Kosovo and headlined by The Travelling Band. The group’s blend of cosmic-country pop, psychedelia, vocal harmonies and nu-folk has made them one of the most talked about acts to emerge from the Manchester music scene.

Amie Rey, Eden’s Arts Project Manager, said: “The Biotik stage is being curated by some really exciting organisations, which are all bringing their own flavour and passion to the day through the diverse line-up of artists.”

Eden’s Marketplace of Ideas will also be demonstrating the exciting work from many of the organisations Eden is currently working with.