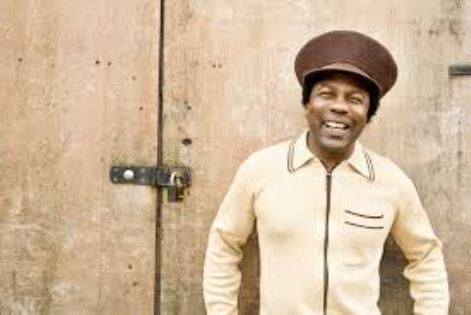 Joining The Boomtown Rats, Kool & The Gang, The Human League, Sam Bailey, Sigma, Fun Lovin’ Criminals, Soulfly, Friction ft. P Money & Linguistics, The Sugarhill Gang, The Blackout, Gallows, Sham 69 (original line up), Buzzcocks, Boney M, Slim Chance, Public Service Broadcasting, Shadow Child, Ruts D.C., Chelsea, The Skints, Hannah Wants, B.Traits, Fred V & Grafix, Kidnap Kid, Ward Thomas, and Stone Foundation.
British dance music DJ pioneer Norman Jay MBE will be performing on The Main Stage at GuilFest on Sunday 20th July.  Arguably one of the finest and most respected deejays in the world today, Jay is best known for playing house, funk and soul among many other genres of dance music to huge audiences across the globe since the early 1980’s.  A founding member of the original KISS radio station and owner of The Good Times Soundsystem -yearly attracting thousands of people to their stage at Notting Hill Carnival - he is also the celebrity DJ of choice, having been asked to play at private events for such names as Sir Mick Jagger, Robert De Niro, Michael Caine, George Michael, Will Smith and Prince to name but a few!  A former regular in the dance tent, Jay has not played the festival now for many years and organisers are delighted to welcome him back to GuilFest to play on The Main Stage for the very first time.
Electro-dub pioneers Dreadzone return to The Good Time Guide Stage at GuilFest on Sunday 20th July.  Dreadzone formed in 1993 when ex-Big Audio Dynamite drummer Greg Roberts teamed up with Tim Bran. The duo were soon joined by bassist Leo Williams with keyboard player Dan Donovan, also formerly of Big Audio Dynamite, completing the group’s first line-up. A festival favourite, Dreadzone opened the Pyramid Stage at Glastonbury in 1994 and began to bring their unique blend of electro, dub and reggae to a wider audience, going on to chart seven top 60 singles (including their top 20 hit ‘Little Britain’).  The band have always been known for their explosive live performances, so it’s no surprise they’re still going strong after 20 years.
Eastenders star Shane Richie and his band The Prelude are confirmed for The Main Stage at GuilFest on Sunday 20th July.  Forming the band in 2010, Shane Richie says he had one goal in mind, “to simply be the most foot stomping, arm waving, crowd pleasing, never to be forgotten band on the circuit.” Taking time between his adventures on Albert Square and having a No. 1 hit "I'm Your Man" for Children in Need, Shane and the band have become firm favourites on the club & festival circuit both here in the UK and internationally.  The band are currently in the studio recording their debut single for release later in the year.
Hardcore English punks Feed The Rhino are confirmed to support Gallows in The Big Cheese Rock Cave at GuilFest, also on Sunday 20th July.  Since forming from what the band call “the grim depths of the river Medway”, Feed The Rhino have been tearing the UK apart with a live show that's warranted countless rave reviews from every top dog in the business.  With Big Cheese, Metal Hammer, Kerrang and Rocksound all singing the band’s praises this should be a show to watch out for!
Punk poet Itch - formerly of The King Blues - will also be performing on The Big Cheese Cave on Sunday 20th July. Itch’s unique brand of beats and poetry will no doubt go down a storm at GuilFest.  Described by critics as one of the UK’s finest and most authentic songwriters, his latest album The Deep End seems to hit hard in all the right places.
Local Farnham based rockers Canterbury will hit The Big Cheese Cave on Friday 18th July.  Canterbury can easily lay claim to being one of the UK’s best emerging rock bands, with fantastic album reviews from top music mags, strong radio support, and sold out UK tours with artists such as You Me At Six, The Blackout and Deaf Havana.
Also confirmed for the Big Cheese Cave are metal act Servers and pop punks of the moment ReVerbed, both performing on Saturday 19th July.
The Vive Le Rock Stage is really beginning to take shape with a whole host of new confirmations: The Vibrators hit the stage on Friday 18th July, The Sex Pistols Experience, The Urban Voodoo Machine and the stunningly great Bermondsey Joyriders all play on Saturday 19th July, while The Ramonas and Electric River are confirmed for Sunday 20th July.
Lastly, but by no means least, local singer/songwriter Kamla will be entertaining crowds on The Good Time Guide Stage on Sunday 20th July.