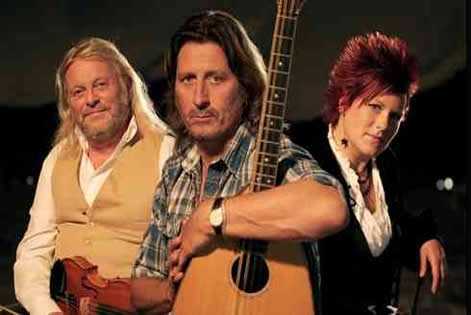 Rhythm Festival, held as a single event in Bedfordshire since 2006, becomes 3 linked festivals in 2012 with the addition of Rhythm Folk and Rhythm & Blues and takes place at Old Warden Park in Bedfordshire over the Bank Holiday Weekend in August

Born through the desire of a group of young Bedfordshire women to dance Morris, Hemlock Morris will be attendance and performing throughout the day on Saturday and Sunday. Other slots at Rhythm Folk will be announced later.

On "other stages", Rhythm Festival is to have 2 stages: Big Rhythms and Happy Rhythms whilst the two new events, Rhythm Folk and Rhythm & Blues will each have their own areas, dominated by huge big-top stages. Camping and lots of other attractions (see below) will be shared.

The emphasis in 2012 is on bringing gifted young performers into Rhythm Festivals, joining the veteran acts who have always been its main-stay.

Also NEW for 2012 and available to ticket-holders for all three Rhythm Festivals are Fringe Theatre performances in the The Old Dick Theatre and a huge programme of Literary & Poetry Events. Details of BIG NAME attractions on these stages will be announced soon. Comedy (again programmed by Jesterlarf Comedy Club of Cambridge) will return in 2012 as will other old Rhythm avourites, including the Groovy Movie Picture House (free sola-powered cinema), DJ Wheelie Bag in the Tavern Bar and even more children's entertainment, including Panic Circus and the Junior (London) Olympics. Many more new attractions will be added and announced in the coming weeks.

Published on 16 February 2012 by Wayne Feltham