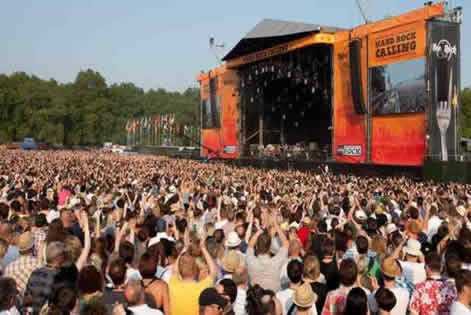 Other additions to the weekend lineup include Karima Francis, The Dirty Youth, Lawson, Ryan Sheridan, The Night and Dylan LeBlanc, in what marks one of the most exciting weekends in the music calendar.

Tom Morello: The Nightwatchman is the solo project from the Rage Against the Machine / Audioslave guitarist. Few rock guitarists in the 1990s were as groundbreaking as Tom Morello, who incorporates a myriad of different styles into his guitar playing. The Nightwatchman, Morello’s acoustic/folk alter ago, is a politically inspired solo project mixing acoustic melodies with his legendary electric guitar riffs. Tom Morello: The Nightwatchman has released four studio albums and one livealbum, and this summer marks his debut solo performance at Hard Rock Calling. Tom Morello joined Bruce Springsteen & The E Street Band in 2008 in Anaheim, US collaborating on the ‘Ghost of Tom Joad’, which Rage Against the Machine also covered. They reunited again last month on the first of Bruce Springsteen’s comeback dates in the US, joining up for a mind-blowing four-song set.

Other exciting additions across the weekend include hotly tipped Karima Francis, and fresh from their tour with Korn, Brit rockers the The Dirty Youth are added to the bill. London-based teen heartthrobs Lawson are also confirmed. The band have been busy touring with The Wanted, Will Young and Avril Lavigne, and are causing hysteria across the country with their debut single ‘When She Was Mine’. Irish singer/songwriter Ryan Sheridan, rockers The Night, and hotly tipped Rough Trade Records signing Dylan LeBlanc are also confirmed.