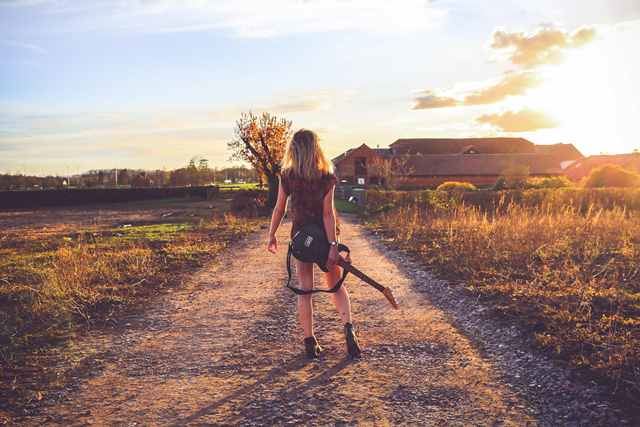 Barn on the Farm is very pleased to announce its line-up for this summer’s festival which takes place 5-8 July, near Gloucester

Renowned for its relaxed and friendly atmosphere, it is an intimate gathering, ideal for discovering new and emerging artists. The festival is located on an actual working farm with stages indoors and outdoors.

The main headliner for 2018 is the one and only Tom Grennan. A Barn on the Farm favourite, his worldly, impassioned songs and utterly unique vocal betray a wisdom beyond his years. He’s one of the brightest young talents in the UK right now, and we’re beyond excited to welcome him back.

Mystery Jets should need no introduction to Barn on the Farmers. It’s hard to believe they are now on their fifth album and at their recent sold out ‘Jetrospective’ dates played tracks from each one. Firm favourites with festival goers; expect the unexpected. And a very good time.

Dermot Kennedy’s star is rising fast, and rightly so. His heart-on-sleeve, utterly persuasive songcraft is earning him remarkable plaudits from critics and fans alike, and we’re not going to argue with them. Tipped for similar greatness are Pale Waves; having made the top 5 of the BBC’s Sound of 2018 poll, this Manchester quartet have wasted no time in releasing two of the most exciting singles of the year so far in “The Tide” and “Heavenly”. Their sleek, impeccably melodic take on new-wave inflected guitar pop is as striking as it is heart-rending; we can’t wait to welcome them to Barn on the Farm.

The wonderful Tom Walker is also playing; like his fellow Mancunians, Pale Waves, he’s garnered some pretty impressive notices in recent months. The earnestness and sincerity of his music is irresistible, as we suspect you’ll agree.

Besides Pale Waves, Tom Walker, Lewis Capaldi and Jade Bird were all artists nominated in the BBC’s Sound of 2018.

“We are totally thrilled with this year’s line-up. There’s a great mix of hotly-tipped artists sure to hit the wave soon, and some sure-fire live favourites. Give it a few months and everyone will be talking about these upcoming acts. It’s a real joy for us to provide these artists with an intimate and relaxed live space down on the Farm, where the crowd is so engaged with the music rather than simply flouncing about in a fairy/ tiger costume.  Everyone mingles and makes friends at Barn on the Farm too; there are no barriers, vips or suchlike. Just beware of the ostriches – no one messes with them.”

Further artists will be announced soon including one headliner. Watch this space.