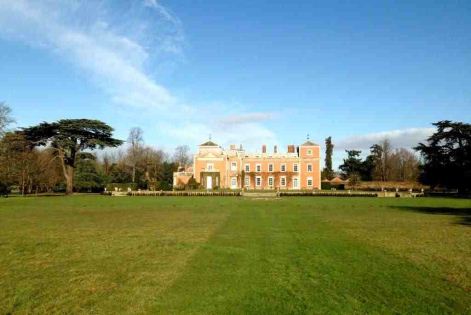 The beautiful grounds of Euston Hall, Suffolk will be the location for the new and exciting, down and dirty, Red Rooster festival, which launches this September 13-15th

Embracing the sounds and lifestyle of the American Deep South, Red Rooster aims to become the premier boutique festival for Rhythm and Blues,Americana, Soul, Roots and Country music.
Gates will open on the afternoon of the 13th September and finish in the early hours of the morning of the 15th September.
BBC 6 Music DJ, Cerys Matthews is happy to see a new roots and blues festival:
"Through my BBC 6Music radio show I'm really aware of an ever increasing audience for roots and blues music. The UK doesn't have an equivalent of the legendary New Orleans or Newport Jazz Festivals; this being music made to be performed live, the idea of a real Rhythm and Blues Festival such as Red Rooster will create a great excitement, with both audience and live acts queuing up to be there "
The line-up confirmed so far is: -

It’s 4 short years since The Jim Jones Revue exploded into the nation’s consciousness with the release  of their visceral, back-to-rock’n’roll-basics debut album, of which Mojo Magazine proclaimed, " If Little Richard had written this he'd still be boasting about it today!" Their third studio album The Savage Heart to be released on October 15th is all set to secure their place in music’s rich rock heritage.
Kitty, Daisy and Lewis hail from Kentish Town and have toured with some of the world’s biggest stars. At their packed live shows there’s no compromise when Kitty‘s howling harmonica solos backed by Daisy‘s solid rhythm on a battered snare-drum and Lewis‘ snapping guitar work drive crowds into a Southern Evangelical frenzy. The trio jump from one instrument to another, which range from piano, lap steel, banjos, ukulele, accordion, xylophone, trombone to name but a few. 'Oozes class – unlike anything else you will hear this summer' - 9/10 Clash
Garage roots band, Heartless Bastards, from Austin, Texas are fronted by Erika Wennerstrom. The Washington Post describes her voice, ‘as if it were wrapped in 10 miles of barbed wire and honey, then dragged through a swamp. Whether hard-charging her way through these retro basement blues numbers (like the Kinks homage “Skin and Bone”) or picking through them with an excess of caution (“The Arrow Killed the Beast”), Wennerstrom has one of those voices that is utterly incapable of falsehood.’K friends.
All food and drink on offer will be based around the theme of the Deep South too - expect to encounter one of the best BBQ joints outside of Mississippi! Whether it’s Cajun and Creole, BBQ, bourbon, or gumbo and jambalaya, the organisers are guaranteeing you'll leave their kitchen fuller than a tick on a hound dog. There’ll also be farmer’s market for guests to browse and take home a taste of the South before making their way home.