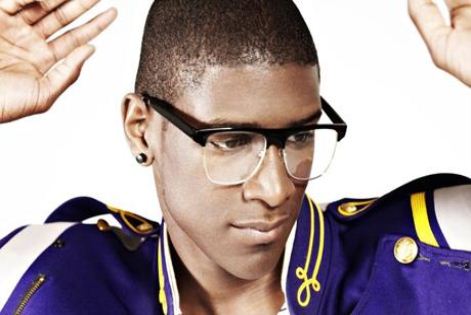 High Definition returns for a third year and is thrilled to announce that one of the most exciting names in contemporary music will be performing at this year’s event.

2012 was a remarkable year for the event as 10,000 dance music lovers partied on the fantastic site on a farm in Essex and 2013 is set to be even bigger.
Britain’s urban pop superstar Labrinth is confirmed to headline the festival.  Fresh off his UK tour with Plan B and Rudimental, Labrinth is the ultimate showman, performing a set full of his enormous hits Pass Out, Let The Sun Shine, Earthquake, Last Time, Beneath Your Beautiful and more.  Labrinth has collaborated with the likes of Tinie Tempah, Plan B, Emeli Sande and Wretch 32 since he exploded onto the scene in 2010 and was subsequently signed to Simon Cowell’s Syco label.  His blend of R n’ B, Hip Hop and dubstep has marked him out as a key player in UK music and High Definition has laid down a substantial marker for their 2013 event with this booking.
Many more exciting names across all electronic genres will be announced shortly.
High Definition has been acclaimed for its jaw dropping production values, rivaling some of the biggest festivals in the world and unique for a boutique event of this scale.  Stakeholders in the festival separately run event production businesses, meaning the festival has exclusive access to some of the best equipment in Europe and is able to bring festival goers sounds and sights other festivals can only dream of.
High-end sound systems by Mustt Audio Ltd, hundreds of meters of LED screen panels, full-colour laser systems, stunning pyrotechnics, Co2 cannons, stadium glitter launchers and hundreds of moving lights, LEDs and generic fixtures all supplied by in-house production team Light Design Ltd, will be illuminating up this Essex skyline this summer.
High Definition is a unique, audio visual experience and with the confirmation of Labrinth as headliner plus the imminent announcement of many more artists, the festival is set to be one of the summer’s festival highlights.

Published on 15 February 2013 by Ben Robinson