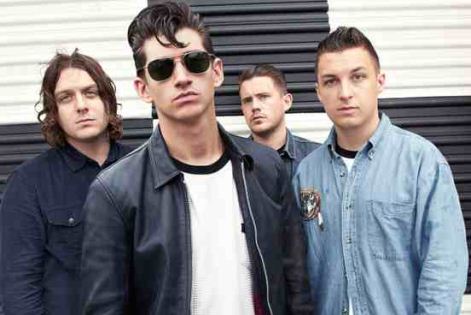 THE BAND JOIN BLUR, KINGS OF LEON AND QUEENS OF THE STONE AGE AT POLAND'S PREMIER MUSIC FESTIVAL.

Arctic Monkeys are the latest act to confirm for the 2013 Open'er festival. The line-up is already taking on gargantuan proportions as the world's best bands head to Poland in July for what promises to be one of the festival highlights of the summer. Arctic Monkeys have delivered four seminal records since they broke onto the scene in spectacular fashion in 2006 and are one of the most revered live acts around. They will perform on Thursday 4th July.

They are the latest exciting addition to what is already an outstanding bill joining Blur, Kings of Leon and Queens Of The Stone Age, who will take to the stage in Gdynia on the north coast of Poland for four days of exceptional entertainment at incredibly affordable prices. Many more artists will be announced to perform over six music stages.
The Open'er festival has grown enormously since its inception in 2002 and has established a reputation as one of the premier festivals in Europe. Open'er has brought the world's biggest bands to Poland, many for the first time and has recently broadened its cultural remit to promote a distinguished programme of arts, culture and fashion.
Further information will be released in early 2013

Published on 14 December 2012 by Wayne Feltham