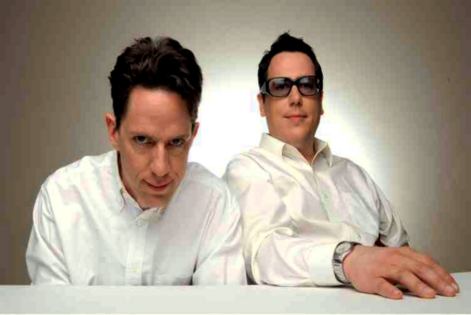 Latitude festival have announced yet more additions to its line up, with They Might Be Giants on the Obelisk Arena and more.

The open space of Latitude’s Obelisk Arena is a beautiful natural amphitheatre that has housed truly momentous performances over the past five years. Renowned for pushing the envelope and offering something not found anywhere else, lay down your picnic blanket or put on your dancing shoes for the 2011 Obelisk Arena line-up.
Joining the Obelisk Arena on Saturday is They Might Be Giants who have been a mainstay on the American indie scene for almost three decades. Uniquely quirky, with buoyant melodies, cheeky keyboard lines and baiting guitars and mandolins, their music is often bolstered by horns, fiddles and whatever else can be squeezed into their humorous hits. This quintet have edged their way into mainstream gradually, first by contributing 'Boss Of Me' for the theme song of hit comedy show 'Malcolm In The Middle' and have since contributed music to shows and films including Disney’s 2005 'Sky High'. Of late they've produced four educational children's albums, including 2009's Grammy nominated ‘Here Comes Science’. With a huge wealth of material to draw on, They Might Be Giants is guaranteed to be one of the most entertaining spectacles on the Obelisk Arena this year.


The Word Arena’s large canopy stands proud at the top of the main arena, looking out over the beautiful Latitude site. Playing host to a veritable smorgasbord of musical pleasures and leaving crowds transfixed by an eclectic line-up that crosses genre boundaries effortlessly.
The Brazilian psychedelic band Os Mutantes returned from a two and a half decade hiatus in 2006 to the delight of Tropicália fans, the band now appear on The Word Arena for Latitude fans on the Sunday. A synthesis of rock ‘n’ roll and African and Brazillian rhythms – which was also tied into the movement that was inspired by avant garde poetry and incorporated theatre as well as music - the band helped popularise the genre in the late 60’s and early 70’s. Their swirling mass of sound which shimmers with acoustic guitars, brass instruments and spectral feminine vocals was heavily influenced by the UK and US psychedelia of the time. Now they are one of the most recognised and influential Brazilian bands ever and have most recently played shows with modern counterparts The Flaming Lips and collaborated with fellow eccentric Devendra Banhart.


One of the most diverse and cutting edge elements to Latitude’s repertoire, the Film & Music Arena offers audiences mesmerising displays, performances and viewings of fantastic cinema and music. Sonically and visually rich, the worlds of alternative film and music collide with a full programme of award- winning screenings, documentaries, shorts, Q&A discussions and musical treats.
Once again the Film & Music Arena will be home to a fantastically eclectic range of music courtesy of radio DJ, presenter and all-round music aficionado Mark Lamarr. Presenting his renowned Saturday night Radio 2 show - God’s Jukebox - Lamarr will be DJ-ing his usual mix of tunes from soul, ska, reggae, country, gospel and rap as well as well as introducing these four hand-picked bands and performers to play live in the Film & Music Arena:
Marrying Jamaican ska with Cuban mambo Ska Cubano was created as an infectious and exciting London-based Caribbean retro band, a cross-generational and cross-cultural 11-strong ska super band. Currently enjoying the success of third album ‘Mambo Ska’ which came out last year, this band deliver relentless good-time music that brings elements of other genres in an effortless fusion. Their combined blend of influences has produced high-octane party and festival music of the first order. Be sure to get involved in the summer vibe in the Film & Music Arena.
Boston-based, internationally followed, Barrence Whitfield is a full-throttle soul screamer in the spirit of Little Richard, Wilson Pickett and Solomon Burke. He has been described as the owner of one incredible pair of lungs, with limitless energy and unmatched enthusiasm for his music and his audience. Crazed, frenetic and completely unhinged Barrence is a must-see. Rockabilly, roots, jump blues, funk and of course soul are all here in true bombastic form. Latitude festival goers are treated to this special performance as Barrence makes his way over the Atlantic especially for this show.
Brighton based Afro-Latino-Funk band Kalakuta Millionaires blend “Fela Kuti-inspired brass lines, Latin percussion, afro-psych organ and James Brrown-style funk riffs” giving every Latitude music performer a run for their money in the energy stakes. This 8 -10 piece band have been played on Craig Charles' Funk & Soul show on 6Music as well as performing a Maida Vale session for our Jukebox host. A full-on rhythmic experience where dancing is pretty much mandatory.
The Zizaniques were founded by Cyrus Gabrysch – a classical pianist working in Utah and New York – when he moved to the UK to record his debut album. His gruff, sandpaper vocals claw gloriously over the flourishing, bright folk-influenced music, recalling artists as diverse as John Martyn and The Pogues. With an intriguing musical background and even more enthralling tales to tell, The Zizaniques will be yet another stop-off at Latitude's music line-up.


As night dawns over the Suffolk countryside, the festival is transformed into a revellers paradise. All across the site, pockets of unmissable parties can be discovered catering for every music taste under the night sky. Ravers, rockers, indie-scenesters and electro-heads – all hedonists alike will be catered for when the very best DJs descend on Latitude this year – making this the place to let loose.
Joining the line-up of those DJs already confirmed - Feeling Gloomy, Beef Warehouse and Eddy Temple-Morris - is DJ du jour and party extraordinaire Goldierocks who will be bringing her trademark indie/electro mash-up to Latitude. Stunning, sassy and salacious ,Goldierocks is famed for providing the sounds at countless, fashionable aftershows, ‘it’ parties and festivals all over the world.

Latitude Festival 2011 Goldierocks Os Mutantes They Might Be Giants