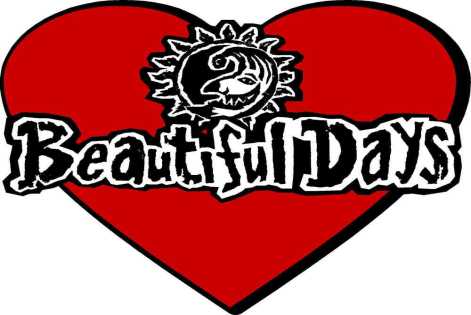 The latest acts to be announced for the Main Stage and The Big Top at Beautiful Days festival this year are.......

The line-ups for the new Theatre Tent, The Band Stand and The Bimble Inn are still to be announced over the coming months. Go to the festival website to see the full list of acts announced so far for the 10th Beautiful Days Festival www.beautifuldays.org

SUNDAY THEME ANNOUNCED! “If music be the food of love, play on”. Wear your heart on your sleeve as the Sunday theme at Beautiful Days this year is HEARTS. Anything heart-shaped on clothes or accessories - just add a heart or two and show some love! As always the festival has chosen something simple so that everyone can easily join in.

All tickets for Beautiful Days 2012 sold out nearly four months in advance. There will be no more tickets made available in advance or on the gate. Car parking passes and campervan tickets are still available for weekend camping ticket holders.