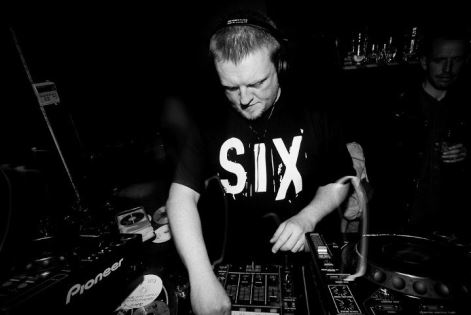 With just over five weeks until the gates open for the next edition of Latitude, we’re pleased to confirm that Zed Bias, Romare and Roy Davis Jr will take to the i Arena stage.
With Bloc Party, Kraftwerk 3-D and Foals headlining the festival, plus exclusive appearances from bands including Hot Chip, Yeah Yeah Yeahs, Beach House, Grizzly Bear and Yo La Tengo, there are now even more names added to the line-up.


As the sun sets over Latitude, the buzz builds and the party really starts, reaching a climax with headliners Bloc Party, Kraftwerk 3-D and Foals, however the fun doesn’t stop there. All those festival goers seeking late-night thrills can follow the winding path through the woods to witness some of the most exciting DJs and electronic acts from the UK and further afield, with a bill curated by Tuesday Born with Audio Doughnuts, at the i Arena.
On Friday evening the crowds will be treated to the best in home-grown UK sounds. Legendary 2-step/garage producer Zed Bias, whose remixing skills are in demand by the likes of Jessie Ware and Rita Ora and whose intense bass-heavy DJ sets were instrumental in the forging of dubstep, will be playing into the night. Also on the bill is Ossie whose smooth tones are inspired by the jazzy warmth of broken beat and the syncopated swing of UK funk. Rinse FM presenter Shox, named one of 2012’s ‘10 most exciting new producers' by Fact Magazine, has made a name for himself on the UK funky house and grime scenes, receiving plenty of national airplay courtesy of BBC Radio 1 & 1Xtra, 6Music and Kiss FM along the way. Getting the party started will be London-born, Brighton-bred Lorca, who is known for his solid house rhythms, soulful vocals and atmospheric 2-step loops.
On Saturday night the party continues, taking on a world influence. Londoner Romare’s perfectly executed sound explores African culture using collected samples and an academic approach. Also performing will be underground sensation Werkha who, since releasing his debut Cube & Puzzle in September, has enjoyed airplay throughout Europe, most notably from godfather of world music Giles Peterson. His set promises to showcase his infectious fusion of afrobeat, bass, house, jazz, funk, and soul, bound together and brought bang up to date through contemporary electronic. Following several trips to Ghana and sessions with local musicians, The Busy Twist, aka London producers Tuesday Born and Ollie Twist, capture the energy and vibrancy of Ghanaian life and music. Longstanding Glasgow based Mungo’s Hi Fi follows the original Jamaican sound system tradition and will be bringing their up-to-date reggae, dub and dancehall sounds to the night-time crowds.
Sunday sees one of Chicago's most influential house music producers, Roy Davis Jr, take to the decks. A pioneer who has shaped the direction of electronic music for nearly two decades and the man behind worldwide nightclub smash Gabriel, his set is one not to be missed.  Named after a Nigerian state capital, Benin City is Theo Buckingham on drums, Tom Leaper on tenor sax, and Joshua Idehen on rhymes.  Their vibrant and energetic performances have garnered them a loyal following, including John Kennedy (XFM), Mark Lamarr, Scroobius Pip, Ed Sheeran and Craig Charles. Multi-talented producer, pianist and vocalist Gabriel Benn aka Tuesday Born has been causing a stir on the ever growing London electronic landscape with his Afro-Electronic cocktail, a mix of Ghanian influenced rhythms and ethereal electronic jams. Warming up the crowds will be Russian born Anushka whose all vinyl DJ sets are a mixture of unique, deep, dark sounds.
Across the festival site there will be a huge selection of late night DJ’s to keep the crowds entertained including Moshi Moshi DJs, Jen Long (BBC Radio 1), Goldierocks, Dermot O’Leary’s Indie Disco, Phil Hartnoll of Orbital, Don Letts, Melt Yourself Down, Guilty Pleasures and Sink The Pink just to name a few!