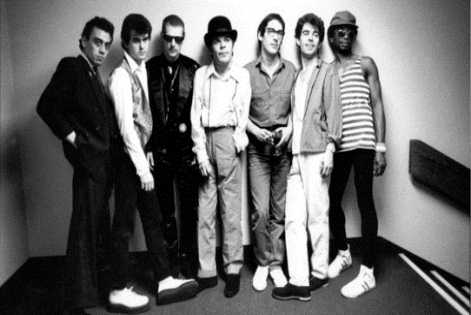 The band, who this year celebrate their 35th Anniversary, will perform their huge collection of hits including What A Waste, Hit Me With Your Rhythm Stick, Reasons To Be Cheerful and of course, Sex & Drugs & Rock & Roll.
The Blockheads join a Watchet LIVE Festival line up that already includes: Mad Dog Mcrea; The Wurzels; The Real Thing; N.U.M.B; Miles Hunt & Erica Nockalls (from the Wonder Stuff); Tom Hingley & The Lovers (Ex Inspiral Carpets) and over 50 others, with many more acts yet to be announced.
Watchet LIVE is a not-for-profit family-friendly festival with amazing views of the stunning West Somerset coastline and beyond. Three live stages, including Glastonbury’s famous Croissant Neuf solar powered venue will host over than 50 live acts, bringing a wide range of high-calibre musical acts not normally found performing in West Somerset, at a very affordable price.
In addition, an Open Mic venue, the infamous Something Else Tea Tent, a Silent Disco, Music and Arts workshops, Mr Mommett’s late night adult Punch & Judy Show, Zumba classes and a large Festival Market ensure there really is something for everyone. There are also all the usual festival amenities you would expect: a large campsite with a reserved families-only zone; free and secure on site car parking; an extensive Food Court, Real Ale and Cider Bar and free kids-zone
Watchet LIVE 2012 is set to build on the success of the 2012 event which saw nearly 5,000 people from Somerset and beyond attend the festival. Efestivals.co.uk declared that, “Watchet is a lovely little festival” and neonfiller.com described it as, “One of the UK's most eclectic boutique festivals”
With a host of internationally renowned artists performing, a friendly 'small festival' vibe, stunning views across the West Somerset coastline, and a full range of tickets and camping options, WATCHET LIVE is a fantastic festival and a perfect place to spend August Bank Holiday weekend.