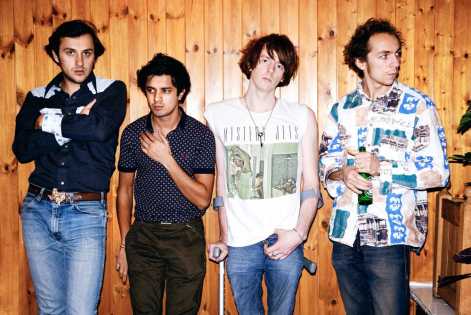 Organisers have released the first group of acts to perform at LeeFest in June.
London-based Mystery Jets will headline the non-profit music and arts festival at Highams Hill Farm in Kent.
Other artists confirmed this week are Summer Camp, Raf Daddy (The 2 Bears), We Were Evergreen, BIGkids, To Kill a King and Public Service Broadcasting.
The remaining names on the bill will be announced over the coming weeks, including a host of unsigned artists from around the country.
The homegrown festival is run by Lee Denny and a small team of friends from Bromley, Kent. Denny (24) has some surprises in store this year:
‘We’ve been concentrating on new collaborations with individuals
and collectives to make the festival even more diverse and creative.
Everything is secret at the moment but it’s going to be raucous
onsite!’

Weekend camping tickets are £60 (including booking fee), and on sale now.