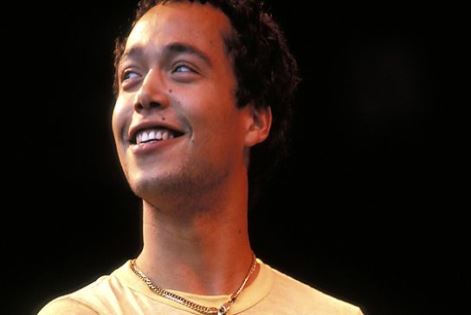 Rising to fame in the 90’s, Finley Quaye's sound made waves across the globe and he topped the UK charts with hIts like ‘Even After All’ and ‘Sunday Shining’.
His debut album Maverick A Strike was an instant success racking up multi platinum record sales. Finley Quaye (whose relatives include Afrobeat purveyor Femi Kuti and trip hop star Tricky) will play a mix of classic and new material when he brings his warm Sunshine sounds to the stage.
The team at Africa Oye can’t wait until the Scottish-born, Mobo and BRIT award winning legend Finley lands in Sefton Park to headline on Saturday.
Now in its 22nd year, Africa Oye attracted around 30,000 in 2013 to the two-day, family friendly city event, and the team are over the moon with this year’s line up. Jupiter & Okwess International have a unique story; and Jupiter collaborated with Damon Albarn to feature on the album “Kinhasa One Two” in 2011. Jupiter was born into a family of griots from the Mongo region. His grandmother was a renowned healer and she taught him how to play traditional rhythms to heal the sick at a young age. As a teen his family moved to Berlin, where he collaborated with European musicians before returning to the Congo. A documentary about his musical exploration called “The Dance of Jupiter” was released in 2007 and his album Hotel Universe was released last year to critical acclaim.
Also joining the bill are London based Cuban 9-piece band WARA, playing a mix of latin funk, hip hop and rumba. Bending genres with gusto, band members hail from across the globe; from Argentinia to Spain and this unique mix defines them.
Next up on the bill HAJAmadagascar & The Groovy People who create Afro trance, in a project that gathers musicians from across Africa and the Diaspora. Rooted in Malagasy tradition (the spiritual music of Madagascar) the charismatic groups live show delivers immense energy, and is a must-see education for music lovers!
This year Africa Oye will be bigger and better than ever! The family friendly, non camping show features workshops, Oye Active Zone, DJ tent, world cuisine and Oye Traders Market on top of the sterling main stage line up.