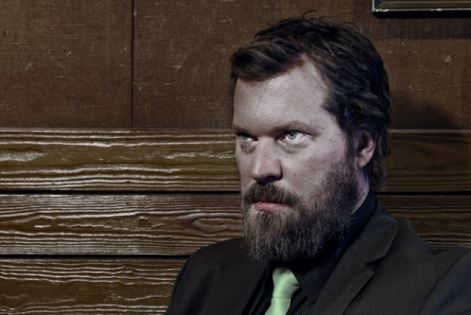 Yorkshire’s finest family festival, Deer Shed, have announced their headliners and first acts for this year’s festival. Musical legends, award winners and emerging artists are all set to perform across three days of pure gold for any music fan.

No doubt about it, John Grant is a class act, and he headlines the Main Stage on Saturday night. Grant’s been making music for many years, but it’s since embarking on a solo career five years ago that his music has truly been born. His two deeply biographical, yet acerbically witty, albums have received critical acclaim from all corners of the globe. He’s received a nomination for both a Q Award and Brit Award, had a knock out performance at last year’s Glastonbury and won Rough Trade album of year for Pale Green Ghosts. More recently he’s translated songs from his two albums into orchestral performances, collaborating with BBC Philharmonic Symphonia and Royal Northern Sinfonia. Deer Shed Festival are getting Grant at his absolute prime.

Billy Bragg has a career that has spanned more decades than he’d probably care to mention. Defying trends and fashions, dodging celebrity and avoiding its trappings, he has instead, just stuck steadfastly to what he believes in and has consistently delivered that through music. From his first solo album in 1986 (Talking with the Taxman about Poetry) to his most recent in 2013 (Tooth & Nail) he’s chalked up an incredible twenty-five albums. He’s recently received a glut of lifetime achievements and outstanding contribution to music awards from the likes of Radio 2 Folk Awards, AIM Independent Music Awards and even XFM – proving that genre and generation mean very little to Billy Bragg and those that listen to him.

Songs ‘From The Shipyard’ moved infinite numbers of people to tears in 2013, such is the power held by Tyneside sisters, The Unthanks. Deer Shed welcome them back with a 10-piece band performing tracks from their hotly anticipated and four-year-in-the-waiting studio album, Mount The Air. Amongst the many fans the duo continues to gather, are two particularly prominent. Both Martin Freeman and Colin Firth liberally broadcast their love of The Unthanks, with Freeman saying “They sing and play what the hell they like, and if you've heard nicer harmonies this year, I may call you a liar. I'm glad to be around at the same time as them."

Joining the headliners across the four stages are:

The Wedding Present headlined DSF1, and like the festival, David Gedge and his band have continually evolved and grown creatively ever since. In 2012 they released a critically acclaimed album, Valentina, produced by Grammy award winner Andrew Scheps. Last year saw the coming together of their journey so far with the re-release of seven Wedding Present albums with historic recordings, radio session and videos. They’re sure to set the newly enhanced In The Dock Stage alight.

Africa meets electronic in Ibibio Sound Machine who will be adorning the Main Stage on Sunday. Still riding the wave of the release of their eponymous debut album, they’re currently full swing into a European tour that will take in BBC6 Music’s festival in Tyneside.

On the release of his very first single, From Nowhere, The Guardian described LIPA graduate, Dan Croll, as “Paul Simon jamming with Prince.” Warranted praise for Croll and his upbeat electronic tunes. Then arrives his critically acclaimed debut album Sweet Disarray, which the BBC exclaimed it had, “More ideas in one or two songs than most people come up with in one album." Last year also saw Dan Croll make his way on Radio 1 playlists and reach international acclaim. The prospect of a second album in 2015 is an incredibly exciting one.

Gifted with a rare idiosyncratic charm is singer/songwriter, Emmy The Great, who’s headlining the Lodge Stage on Sunday. Over the course of her career so far she’s released two critically acclaimed albums and performed with the likes of Noah & The Whale, Fatboy Slim and Ash. Her latest release on Bella Union, is EP ‘S’ which has the amazing track Swimming Pool which Wild Beasts singer, Tom Fleming, lends his vocals.

Warming up for Billy Bragg is The Felice Brothers from New York State - fabulous Americana, rootsy music with a rough around the edges aesthetic that charms audiences around the globe. After the release of their latest album, Favourite Waitress, they’ve embarked on a World Tour that sees them supporting the magnificent Conor Oberst.

Punk-indie duo Honeyblood will perform on the In The Dock Stage on Saturday ahead of The Wedding Present. They had an incredible year in 2014, releasing their debut album, performing on the NME New Breed Tour and supporting Catfish & The Bottlemen. This year there’s no let up having just announced they’re supporting Belle & Sebastien on their US tour in March.

Former Doves members, Jez & Andy Williams’ new band, Black Rivers, join us at the festival. Currently on a UK tour, they release their hotly anticipated debut album next week, which will more than please many Doves fans.

Part solo project – part musical collective, Diagrams, is led by Sam Genders (The Accidental and Tunng). His second album, Chromatics, has just been released and received four stars from The Guardian, who said “Foreboding as his lyrics are, there is enormous hope at the heart of his music.”

Menace Beach have been branded a ‘supergroup’ as their music often credits musicians from bands such as Hookworms, Pulled Apart By Horses, Sky Larkins and You Animals. Their latest album, Ratworld, released at the beginning of this year is getting rave reviews as they play it live up and down the country on their UK tour.

“A phenomenal voice…” is simply how Sunday Times talks about Damien Dempsey, put together with his razor-sharp observations on society and plant them in folk music and his work is a tour de force. This Irish singer/songwriter has platinum albums to his name, several prestigious Irish Meteor Music Awards and a catalogue of musical legends that he’s shared a stage with. He may not be as well known on UK soil, but this guy is almost a deity in his homeland and Deer Shed Festival is thrilled to have him.

James Yorkston, brings his beautiful music to the Lodge Stage on Saturday. His latest album, The Cellardyke Recording and Wassailing Society’ features vocals from KT Tunstall and The Pictish Trail, who will be performing on the same stage earlier on in the day.

Hot on the trail of Rufus Wainwright and Ed Harcourt for avant garde, is 17 year old Kiran Leonard from Manchester, who’s kicking up a storm in music circles with a talent that’s somewhere beyond burgeoning. A real, catch him whilst you can moment.

The Lost Brothers find themselves on the Main Stage on Sunday, bringing with them their trademark sublime harmonies. Their latest album New Songs Of Dawn and Dust steps away from strict folk/Americana sounds and opens doors into something new, which has proved a hit with the likes of Steve Lamacq and Lauren Laverne.

Curtis Eller on the other hand has a distinct old time American feel to his music. He’s a banjo player, yodeller and songwriter from North Carolina, who sings about contemporary American culture whilst weaving in all kinds of historical figures into his lyrics.

Young and up and coming band, FURS are releasing their debut album this year. This psychedelic pop band is supporting Gaz Coombes on tour before heading to Deer Shed Festival.

Gracing the main stage on Sunday is Eliza Shaddad, who’s set to seduce audiences with her beautiful music and smooth vocals. She divides her time between her solo work and an all female arts collective called Girls, Girls, Girls. Since releasing her second EP, her blues/jazz/folk style has earned her airplay on 6Music, XFM and BBC Introducing…

Scottish band, Fatherson are riding high on last year’s successes, which saw them release their debut album, I Am An Island, get Radio 1 airplay for their single and perform at an array of impressive venues and festivals including T In The Park and main stage at Rockness.

Up next is Lisa O’Neill, who manages witty and soulful in one sound. The Irish singer/songwriter is onto her second album (Same Cloth Or Not) and has toured with David Gray, Glen Hansard and fellow festival performer James Yorkston. She’ll be performing on the Lodge Stage, as will London-based singer and Fence Collective friend, Rozi Plain. Plain has delivered two exquisite albums so far, has toured with KT Tunstall and is a veteran at Green Man and End Of The Road.

Purely talent, not geography, earns local artists Cattle and Cane and Serious Sam Barrett their place on the Deer Shed billing. Teesside based, Cattle and Cane have previously played to massive audiences at T In The Park and BBC2’s Live In Hyde Park, so Deer Shed Festival shouldn’t be a worry. Fans are also eagerly awaiting the release of their debut album Home. As for Serious Sam Barrett, he continues to thrill audiences up and down the country with his unique blend of blues and folk.

Welsh folk singer Deborah Rose’s voice has been described by folk legend Judy Collins as “one of the finest I’ve heard”. Deer Shed Festival audiences will get their chance to hear it on the Obelisk Stage along with a four-piece band from Huddersfield, Maia, who’ll be performing there as well. They describe their unique sound as sci-fi folk rock and it’s going down a storm. Their fan base is swelling fast after hitting the Radio 2 playlist and performing on the festival circuit last summer, most memorably, Isle Of Wight.