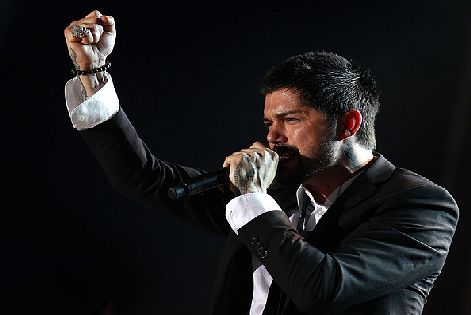 After weeks of anticipation, Southern Sounds headliners INXS are pleased to announce that the guest vocalists performing with them on Clapham Common this Saturday are JD Fortune and Loane.

JD Fortune has fronted INXS since winning the CBS reality television series ‘Rock Star: INXS’ in 2005. Fortune’s first album with INXS, ‘Switch’, was released in 2005. After having a brief stint away from INXS, Fortune re-joined the group in 2010 at the Vancouver 2010 Winter Olympics show and has since then continued to front the band.
Loane is a French pianist from Paris and in 2008 she released her debut album, ‘Jamais Seule’. The album earned her national acknowledgment and her song 'Danser' was voted ‘Song Of The Year’ on French Television. Her second album, ‘Le Lendemain’ was released in 2011 and sees Loane share a duet with Lenny Kravitz. In 2010 she recorded a French adaptation of the INXS hit ‘Mystify’ with John Mayer.
Headlining Southern Sounds alongside INXS is Shihad, a band who have supported AC/DC, had three #1 albums and ranked 1st equal for the most top 40 charting singles in their home country of New Zealand. On the main stage the most successful rock band ever from South Africa, Just Jinjer, alongside New Zealand’s I Am Giant and the South African dance duo Goldfish.

Southern Sounds will feature a selection of the greatest musicians, amusement park rides, a surf simulator, bucking crocodiles, and London’s largest BBQ sizzle. Don’t miss this version of The Big Day Out on Clapham Common.