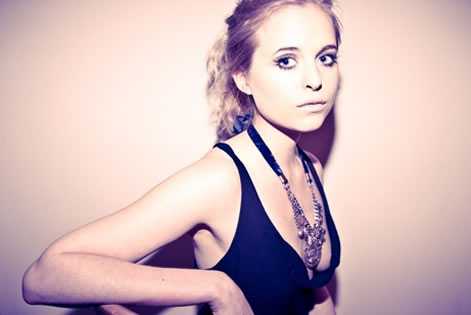 With Kyla La Grange set to play Bristol this week for Lyle & Scott, we are pleased to announce she will be joined by hotly tipped Reading four piece Worship and local heroes Goan Dogs.

Continuing to offer the very best in new music ‘Curated by Lyle & Scott’ have also put on shows by the likes of Alex Clare, Hooray For Earth, Theme Park and most recently Spector who were included in the BBC’s Sound Poll of 2012 longlist.
Hailing from Reading, Worship will bring their atmospheric and haunting melodies to Bristol in support of Miss La Grange. Having recently supported Dry The River and Everything Everything as well as earning a spot at Glastonbury last summer, this formidable quartet are an extremely hypnotic force live.
Kyla La Grange, a Cambridge philosophy graduate, started writing songs at a young age after being introduced to the likes of Cat Power and Elliott Smith. Blessed with a beautifully expressive voice, Kyla’s music is an intoxicating blend of spine-tingling rock and pop.
Due to release her fourth single “Vampire Smile” in February 2012 - a dark and beguiling take on possession and obsession, Kyla is currently putting the finishing touches to her as yet untitled debut album (due for release in June 2012).
A gifted and captivating live performer Kyla La Grange remains a one to watch for 2012 and beyond.
With additional support from Bristol’s own Goan Dogs, this show is not to be missed.
Date: January 11th @ The Louisiana, Bristol.

Tickets can be purchased at Lyle & Scott

Published on 10 January 2012 by Wayne Feltham