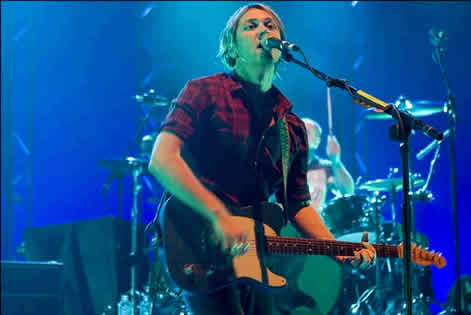 Jersey Live are pleased to have confirmed some massive names for the Main Stage and Dance Arena at this years festival in September.

Joining the likes of Plan B and The Ting Tings on the Sunday 4th September bill are Welsh rockers Feeder, while on Saturday 3rd September, critically-acclaimed Malian duo Amadou & Mariam will join Madness and The Streets on the Main Stage line up. Meanwhile, London-based producer/DJ Alex Metric has been confirmed to support Sasha and Mr Oizo in the Dance Arena on the Sunday of the festival.

Formed in Newport in 1992, Feeder are, according to the Guinees Book of Records, one of  the most successful UK chart acts of all time, with three platinum, two gold and one silver-selling albums. Having released seven studio albums in total, they remain as enduring as ever, with a follow-up to 2010 LP ‘Renegades’ due out this year.

One of Britain’s best-loved rock outfits of the past twenty years, Jersey Live look forward to welcoming them to this year’s festival. With anthems such as ‘Just The Way I’m Feeling’, ‘Tumble and Fall’ and ‘Feeling a Moment’, there is no doubt that their appearance at the festival will go down in Jersey Live history.

Married couple Amadou & Mariam hail from Bamako, Mali, and although they have made music together since the 1980s, it is since their 2006 Manu Chao-produced album ‘Dimanche a Bamako’ that they have truly broken through to the mainstream; they are now regarded as arguably the world’s most popular ‘world music’ act. Having written the offical anthem of the 2006 World Cup in Germany.

Their warm, summery sounds add yet another diverse dimension to the Jersey Live line up, and if the devotion they inspire in the UK and Europe is anything to go by, the festival audience will surely take them to their hearts this September.

Until recently a resident DJ on Radio One’s ‘In New DJ’s We Trust’, Alex Metric (real name Alex Dury) has been no stranger to plaudits in recent years. Starting out his musical journey as a breakbeat producer, he began to turn heads after being voted Best Breakthrough Producer at the renowned Breakspoll (international breakbeat) Awards in 2008. Having produced remixes for the esteemed likes of Bloc Party, La Roux, NERD and Depeche Mode.

Alex Metric’s DJ sets are notorious on the festival circuit; this summer he will be performing alongside the likes of Black Eyed Peas and David Guetta at London’s Wireless Festival, as well as Oxegen and Creamfields, before he rounds off his busy summer at the Royal Jersey Showground in September.

Other acts include Benjamin Francis Leftwich & The Lovely Eggs.