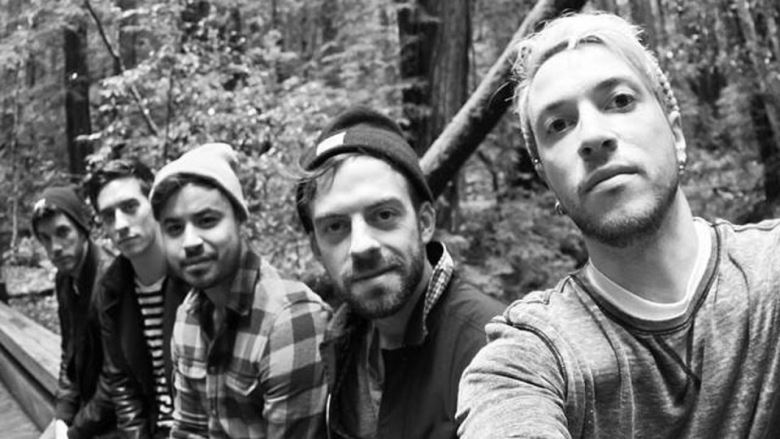 The 10th anniversary of SLAM DUNK FESTIVAL has just announced a further 11 brilliant bands to the lineup for this years event.

YOUNG GUNS, COLDRAIN, AS IT IS, TRASH BOAT, WSTR, KING PRAWN, SPUNGE, HEART OF A COWARD, ASTROID BOYS, THE ONE HUNDRED & THE QEMISTS.

These bands will join the headliners Panic! At The Disco and the likes of Of Mice & Men, New Found Glory and many more for the May 2016 bank holiday weekend.

Following a highly successful touring cycle in 2015 promoting their latest record ‘Ones and Zeros’, which saw the band cover more ground than ever before, the London five-piece YOUNG GUNS prepare to return to home soil with their first UK appearances in 2016 at Slam Dunk Festival. Get ready for Britain’s most exciting alternative rock act to bring their arena-sized anthems to Leeds, Birmingham and Hatfield this May.

Japanese rock band, COLDRAIN, will return to the UK this May with their first ever run of headline shows, on top of their appearance at this year's Slam Dunk Festival.  Earlier this year, the band released their awesome video for “Wrong”! It was shot during their recent European tour with Bullet For My Valentine and While She Sleeps (who cameo in the video). “Wrong” is taken from the band’s acclaimed album, VENA, which was released on October 23rd, 2015.

It’s been an impressive year since the release of AS IT IS’ ‘Never Happy, Ever After’, a UK Top 40 album - non-stop worldwide touring, including an entire summer on the legendary Vans Warped Tour stateside has seen the hotly-tipped quintet begin their ascent towards pop-punk greatness.

2015 saw Saint Albans quintet TRASH BOAT tour their Brainwork EP, appear at a selection of festivals and tour with the likes of Real Friends, Less Than Jake and As It Is. The band are currently gearing up for the release of their debut album, which will be released later this year through Hopeless Records.

Liverpool's WSTR had a huge start to their career in 2015. Having only been a band for 12 months &still in single figures on live shows prior to their September '15 debut EP release for SKRWD, via No Sleep Records, the band have now racked up some pretty hefty accolades. Playing with Neck Deep, Knuckle Puck & Creeper to name a few, glowing reviews and extensive print magazine coverage and Radio 1 plays on many singles from their EP, 2016 has their growing fan base, eagerly awaiting what their debut LP has to offer!

KING PRAWN shall be taking a break from recording their fifth studio album to make a rare UK appearance at Slam Dunk Festival 2016. This band set the benchmark and re-defined ska-punk in the late 90’s, the re-tuned line-up are preparing to skank their way through 23 years of classic live favourites, with a small taste of what to expect from their next record. “We’re buzzing about our new songs and excited to be playing Slam Dunk again this year”, says Prawn guitarist Devil Hands, “we’ll be firing on all 7 cylinders and unleashing The Wildstyle, there shall be no mercy whatsoever”.

Following the release of their latest album of ALL NEW SONGS – “Hang On?”, and the success of their “Greatest hit…s” in 2013, 2016 marks 20 years of being a genuine, home grown, DIY, grass roots, hard working British band. SPUNGE return to Slam Dunk Festival in 2016 and will also embark on a 9 date UK headline tour.

HEART OF A COWARD will be returning to Slam Dunk Festival this year with recently released 3rd album 'Deliverance' under their belts. This will be a set not to be missed.

2015 saw the release of ASTROID BOYS highly anticipated 2nd EP seeing the band tour and play with acts as diverse as Skepta, Trash Talk, Stormzy and King 810 as well as a largely sold-out headline tour. The band are reportedly working on the release of their debut album for a 2016 release. Their Slam Dunk Festival appearance falls in the middle of their European Tour supporting Issues.

THE ONE HUNDRED are in the process of writing their debut album, and are currently on tour with Crossfaith and will be joining both We Came As Romans and Miss May I for a short run of dates in the week ahead of Slam Dunk Festival.

Hot on the heels of their tours with Enter Shikari and Crossfaith, Brighton dance-rockers THE QEMISTS come to Slam Dunk Festival armed with an arsenal of bangers from their latest album ‘Warrior Sound’ out now on Amazing Record Co.

The dates and sites for next years' SLAM DUNK FESTIVAL are: