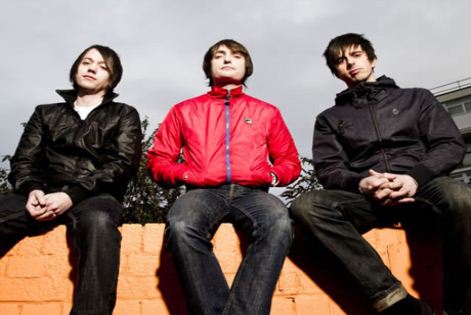 Propaganda is proud to announce an extensive tour with one of the UK’s most compelling rock bands, The Enemy.

The Enemy are one of the best live bands in the country and released their third UK top 10 studio album, ‘Streets In The Sky’ in 2012.  The band always deliver an electric set and these dates are set to be some of the most exciting shows yet hosted by the UK’s biggest indie night.
Propaganda has become the touring partner of choice for the UK’s most important guitar acts and the last 18 months have seen live shows and DJ sets from the likes of Mumford and Sons, The Vaccines, Bloc Party, Ed Sheeran, Bombay Bicycle Club, Rizzle Kicks, Razorlight, The Subways and Miles Kane as bands continue to clamour to play in front of Propaganda’s rapturous audiences. Tickets for each Propaganda show with The Enemy are extraordinary value at £5 in the UK and €5 in Dublin.
The Enemy At Propaganda Dates
February 2013
1st – O2 ABC Glasgow
2nd - HMV Picture House
8th – O2 Academy Sheffield
9th - Dublin Academy
16th - O2 Academy Leeds
22nd - O2 Academy Islington
23rd - O2 Academy Oxford
March 2013
1st - O2 Academy Birmingham
2nd - O2 Academy Newcastle
8th - Northampton Roadmender
Propaganda had it most successful year ever in 2012 and now takes place in 22 cites weekly across the UK and Ireland playing to 25,000 people per week.  There are also weekly Propaganda shows in Australia and Propaganda appeared at all the summer’s major festivals in the UK including Reading and Leeds, V Festival and Bestival and appears at the Big Day Out Festival in Australia in January.

Published on 09 January 2013 by Wayne Feltham