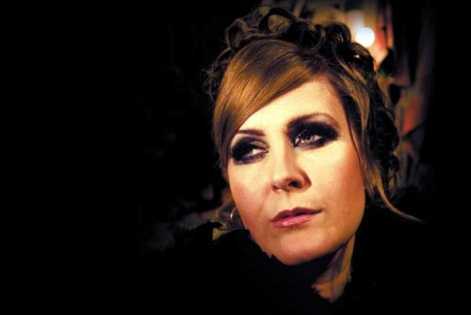 Yes, once again as June heads into July it’ll be time to dust off your smartest Deployable-Rapid-Assembly-Shelter (tent), grab the sunblock, shine the Hunters and set your SatNav app. to pinpoint OX7 4AH.  Little more than an hour from London, that postcode will land you in some of England’s most lovely and welcoming countryside at the ninth successive CORNBURY Festival, ready for a perfect Summer's weekend in the heart of Oxfordshire.
Cornbury is renowned as the nation’s most civilised and charming festival by far. It nestles in the cradle of the beautiful Great Tew Estate and is guaranteed to be one of the most eclectic festivals of the season.

Come Saturday and Cornbury favourite Elvis Costello will be joined on the main stage by his band The Imposters, while gracing the Songbird stage will be House TV star-turned bluesman Hugh Laurie & his Copper Bottom Band. Revellers will also be treated to the ultra-talented Police Dog Hogan along with local hero Danny & The Champions of the World on the main stage. Other artists include troubadour Newton Faulkner, the awesome Rainy Boy Sleep, the emotionally raw Tom Baxter, joined by Aloe Blacc, who brings his Motown-esque troupe for some compulsory dancing on the back of their international hit ‘I Need a Dollar’

National Treasure Jools Holland, brings his unique Rhythm & Blues Orchestra to Sunday’s proceedings with guests Marc Almond & Ruby Turner. Perfect popstar from Cornbury’s inaugural year Will Young makes a hugely welcome return, unique bluesman Seasick Steve makes his Cornbury debut while rhythm & blues fans are further catered for with legendary rockers 9 Below Zero and extraordinary Texan rockers Los Lonely Boys. Closing the Songbird stage is the beautiful songwriter Nerina Pallot, who makes a welcome return, and Norway’s best live band, the completely brilliant Katzenjammer will be strumming, plucking, blowing and banging their way through a huge selection of instruments.
Also at Cornbury 2012...
The Absolute Radio Comedy Emporium returns bigger and better than ever before. Jarred Christmas will once again be the MC for proceedings, shepherding a cavalcade of top comedy talent including Frisky & Manish, Abandoman, Carl Donnelly and many more. Expect a fun-filled Friday programme presented by local regulars Charlbury Riverside, who is set to field a two-day 3rd stage line-up joined by Balham’s infamous Kashmir Club. On top of this, a fantastic children’s zone with countless programmes will keep kids entertained all weekend long.

“Getting the artist bill together is always a nail-biting task but I think we’ve raised the bar yet again with some great exclusives and a fantastic range of artists, so there really is something for everyone –  and maybe I’ll even get to see some of it” says festival director Hugh Phillimore.

“2012 could be our best year yet. We’ve weathered some difficult times in previous years, successfully relocated the festival to an even better site, stayed true to our original aims in remaining a truly independent family festival, and I’ve had nothing but positive feedback from the local community who’ve supported us brilliantly over the years – so all bodes well for a successful 9th Cornbury.”

As a family-orientated festival, Cornbury undoubtedly offers something for everyone. The glamour, the charm and the comfort of a VIP area have given it the status for being UK’s ‘cleanest, cosiest’ boutique festival. With a slightly eccentric atmosphere and mixture of the old and new, this quintessentially English event preserves its good natured, inclusive feel. Set in one of the most spectacular and most ancient sites in the Cotswold countryside, coupled with some truly ‘feel-good’ music, Cornbury 2012 is sure to resonate in everybody’s mind.