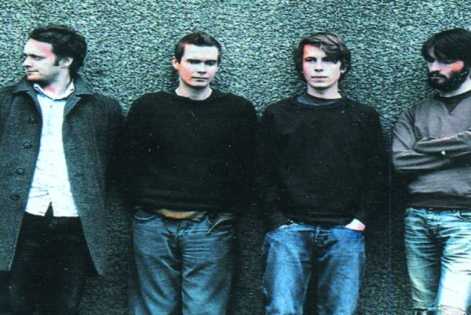 The xx & Sigur Rós are to play exclusively at Bestival this year. . In addition we can reveal Justice, Two Door Cinema Club, Hot Chip and many more will be performing live.

We’ve already announced 12 brand new things that will tickle your fancy, our Wildlife theme, the mighty Orbital as the closing act for the Big Top and Rob da Bank tweeted a few choice tasters but now the time has come to unveil an array of fantastic acts that will be coming to Robin Hill Country Park to rock Bestival 2012. With a pair of electrifying exclusives and a cavalcade of incredible bands and DJs, we really want it to be September already and we still aren’t announcing any of the main stage headliners! You’re going to have to wait at least a week for the first of those!

Rob da Bank says: ‘So, here we are then! Announcing Bestival again - and another bumper selection of acts from across the musical world and styles. The xx at Bestival two years ago is in my top three Besti performances ever so I’m delighted they're hitting the main stage in 2012 and I’ve finally landed Sigur Rós, one of my all-time fave festival acts. From Justice to Azealia Banks, Spiritualized to Sister Sledge, I hope there’s something for everyone and still three headliners to unveil shortly!'’

In 2010, just after winning the Mercury Prize for their debut album, The xx, played a victory set in our Big Top that has gone down in Bestival lore as one our most beautiful moments ever, so we are exceptionally excited to be welcoming them back for as a UK festival exclusive in 2012. With new material on the horizon we can’t wait to see what ethereal treats they have in store for us.
Icelandic post-rock behemoth Sigur Rós are also set to make a UK festival exclusive appearance with us on the Isle of Wight. Lead singer Jónsi was behind another of Bestival 2010s undoubted highlights but we’ve been waiting a long time to be able to announce that the full band, in all its majesty, will be joining us and we can’t tell you just how excited we are to have them on board.

As well as those tantalising mouth-watering exclusives we’ve got a colossal first wave of acts to tell you about, including Gallic dance dons Justice, who told us: “To tell you the truth, we wanted to kick off the new tour at Bestival last year but we finally thought we wouldn't be ready (and we weren't) and decided to take more time to get prepared. Now we're ready, it's gonna be a big surprise for us, we played there in 2005 and 2006 which we believe were Bestival early years (and ours too, think it's the first time we ever played a festival, actually) and we heard since that Bestival has become THE festival to play in the UK, so we're definitely excited and have no idea what to expect as everything will probably be a bit different from 2006”.