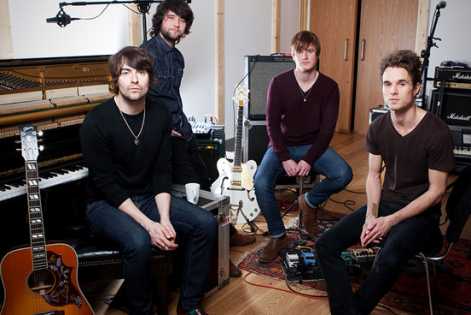 Chester Rocks 2012 will take place 16th-17th June at Chester Racecourse. Acts have now been announced, headlining on Saturday 16th will be, The Courteeners and on Sunday 17th, Pixie Lott.

This is Chester Rock's second year, last year saw over 15,000 people walk through the gates, this year with The Courteeners and Pixie Lott headlining, this figure is expected to increase significantly.

The Courteeners were formed by front man Liam Fray following his success playing acoustic sets as a singer-songwriter around bars in Manchester whilst a student.

The band had their first gig at the Manchester Roadhouse in 2006, and quickly went from strength to strength. They released their debut single "Cavorting" in 2007 and in 2008 the band set off on a sell-out tour of major venues across the UK. In December of the same year the band were crowned inaugural winners of the Guardian's First British Album Award.

Liverpool band Cast, who released their new album on Sunday 4th March - Troubled Times and The Rifles will be joining The Courteeners on Saturday.

Pixie Lott's debut single 'Mama Do' went straight to number one in 2009, her debut album 'Turn It Up', spawned five consecutive Top 20 singles and sold over a million copies.

'All About Tonight' from her second album was released in September 2011 and premiered at number 1. Pixie made her debut on the festival circuit at the Big Top at the Isle of Wight Festival in 2009, since then she is now renowned for her live performances.

Katy B will also feature as a special guest on Sunday 17th June along with Maverick Sabre, Labrinth and Tinchy Stryder.

For info on tickets go to Chester Rocks