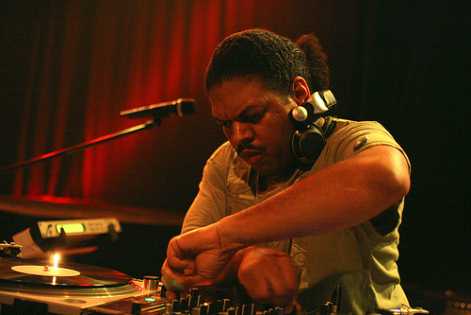 Late night at Golden Down will showcase some of the best DJs in the Dance Tent, including house legend Kerri Chandler, tech/house aficionado Portable, and the forward thinking Pearson Sound

Golden Down Festival may be new on the scene but already organisers have confirmed a whole host of diverse and world-class acts, including Four Tet, Roots Manuva, Lee Scratch Perry and Kerri Chandler.
The festival will take place from the 15th to the 17th June in Black Bush Valley on the Matterley Estate. Complemented by Hampshire’s beautiful hills and plush woodland the festival will be an incredible artistic playground, and promises party-goers a feel-good three days featuring a mix of eclectic acts and genres.
Organised by likeminded festival-lovers with a simple mantra to put on a brilliant festival done to the highest standards, Golden Down promises to be an intimate three day getaway, with a capacity of only 5,000. Although it won’t change your life it will certainly be a magical, musical Mecca that is a must… provided you are over 18!
Taking the festival back to its glorious roots, the event has a prominent musical narrative, with guests being carried through from day to night with contemporary and good-time tunes and acts. Artists will play from noon onwards and continue into the festival’s late night celebrations. However, the entertainment doesn’t stop there as revellers can enjoy Golden Down’s delights well into the early hours of the morning.
A handpicked selection of brilliant musicians will warm up the festival site during the afternoons; Submotion Orchestra, Floating Points, Lucy Rose, Stealing Sheep, Slow Club, Portico Quartet, Time & Space Machine and Adrian Sherwood (DJ Set) are all confirmed.
As evening dawns the next wave of enviable artists take to the stage, with Friday welcoming Ghostpoet, The Herbaliser, and ethereal headliner Four Tet. Saturday evening will see MOBO award winner Roots Manuva headline, with many more acts to be announced. Occupying the evening slot on the final day of the festival are Apparat and Dub Pistols, who are headed up by the legendary Lee Scratch Perry.
Late night at Golden Down will showcase some of the best DJs in the Dance Tent, including house legend Kerri Chandler, tech/house aficionado Portable, and the forward thinking Pearson Sound; along with ‘footsteppin’ Julio Bashmore, self-confessed ‘Galactic Funk’ DJ Space Dimension Controller, Leeds supremo Midland, and the genre-bending Ben UFO.
As well as crafting the perfect party atmosphere, chill out time at Golden Down will be unparalleled. There will also be a broad selection of fantastic bars on offer supplemented with award-winning fresh food at fair prices, plus big welcoming camp sites, plenty of toilets and washing facilities.
Line-up…more TBA!
Lee Scratch Perry
Roots Manuva
Four Tet
Apparat
The Herbaliser
Ghostpoet
Dub Pistols
Kerri Chandler
Portable
Pearson Sound
Julio Bashmore
Ben UFO
Space Dimension Controller
Midland
Lucy Rose
Submotion Orchestra
Floating Points
Portico Quartet
Slow Club
Adrian Sherwood
Stealing Sheep
The Frown